How has Uber affected the taxi industry?

When we think about the biggest technological disruptors of recent years, lots of them will be apps. And one of the first that springs to mind is likely to be the taxi-hailing behemoth that is Uber.

Uber is the success story of recent years, but it has still being marred by controversy. Many people still trust local cab firms more than individual drivers that can be summoned via an app.

This means that in the right setting, and with a strong awareness of the market, taxi firms can still provide a lucrative and successful business model.

Here, we’ll think about the differences between Uber and traditional mini-cab firms, consider the place of both in the taxi and private hire market, and establish what you need to know if you’re starting out in this area and need to purchase taxi fleet insurance.

Uber vs. traditional cab firms: what are the differences?

First, it’s important to think about what it is that makes mini-cab firms different to Uber.

One of the most major differences is the local nature of mini-cab firms. Local people often might have used the same firm for years, and will know the drivers personally.

This can, of course, increase the level of safety and the confidence that they have when booking their journey. This can make mini-cab firms a reliable part of any community, and might be something to consider for those investors who are looking to take over an existing business.

Another plus for cab firms is the local knowledge that their drivers often have.

Much like old-school London cabbies, who are still widely trusted for having ‘The Knowledge’ that’s required to navigate the capital’s many short-cuts and backstreets, local mini-cab drivers are far more likely to know their areas well than Uber drivers, who are often registered in neighbouring cities.

For drivers, a significant difference is that, when working with Uber, they are classed as agents or contractors rather than employees.

This has some clear benefits (for example, flexibility and the opportunity to choose their own hours) but has been criticised, too, as it fails to offer drivers the protections that they’d receive as company employees.

Over-working and lack of sick or holiday pay are criticisms that are often levelled at Uber’s management on behalf of drivers.

One final significant difference between Uber and more traditional mini-cab firms is the technology that the former has.

Uber has a huge infrastructure and a slick app, which means that a cab can be ordered and arrive within a matter of minutes.

This is often something that smaller, independent taxi firms can’t match. Traditional cab firms have been slow to adapt, but are now starting to embrace technology.

Some use texts, for example, to let customers know how far away their driver is and ensure they know the car registration; payment options that are more sophisticated than handing over a pile of loose change; and, in some cases, apps and work-sharing systems between drivers at neighbouring firms.

How big is the taxi market?

This number includes vehicles registered with Uber and other industry-disrupting taxi services; the statistics do not distinguish between whether drivers are working for these firms or for more traditional or local mini-cab firms.

Clearly, this is a good investment opportunity for those who want to work in a growing industry. 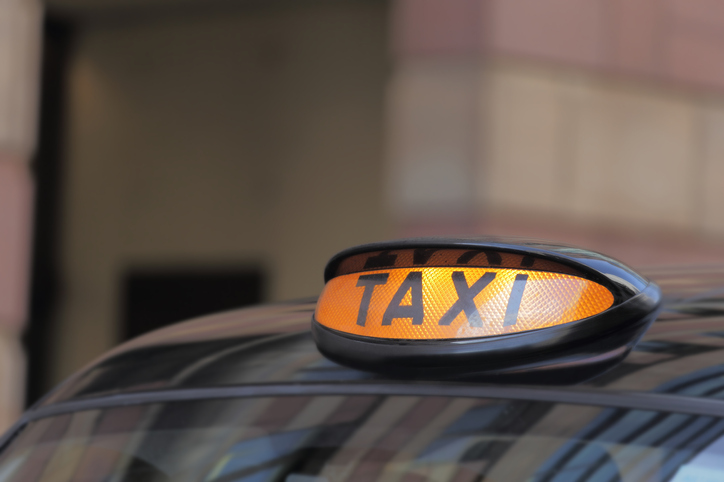 Has the taxi industry grown or decreased because of Uber?

It’s very difficult to say whether the industry’s growth has been a result of Uber, or whether the company’s success has come at the expense of more traditional firms.

Some analysis places the company outside the traditional taxi industry, excluding it from their statistics and making it difficult to see a clear picture of where growth has come from.

One thing is clear though: Uber has caused a large upset within the industry, increasing competition and meaning that mini-cab firms and black cab drivers have to work harder than ever and be increasingly innovative in their approach.

Fighting for customers has meant changes to fares and, as mentioned earlier, a need to reconsider the technology being used.

Many firms are taking this on the chin, and coming up with innovative solutions: take this East London scheme to share work between long-term, established taxi companies, for example.

How has Uber affected the economy?

One of the clearest areas in which Uber has had an economic effect is the so-called ‘gig economy’. The gig economy is something that has appeared to rise alongside of, or maybe in part because of, Uber.

Whilst characterised as individuals taking on extra ‘gigs’ in order to provide increased income streams, the term has come in for criticism for being unstable and, on occasion, exploitative.

The gig economy has emerged at a time when more people are taking on passion projects or going freelance than ever before.

However, unlike the majority of individuals who are working for themselves or striking out on their own, gig economy workers – including those at Uber – are often working for huge companies that are taking a cut of their earnings.

This can mean a lack of guaranteed work, lower wages, and little security or protection when out on the road. The instability of these workers has led to protests, in which Uber drivers have demanded more rights.

Should drivers be successful with their requests, others could follow suit – and the consequences for companies like Uber, which doesn’t class its drivers as employees, could be huge.

Which industry is Uber in? Are Uber’s rules and regulations the same as those of taxi firms?

Uber might seem like it’s a tech company, and it is true that its success has, in large part, been down to its fast and easy-to-use app.

It has all the hallmarks of a high-tech Silicon Valley brand, because it is one.

The same ease of use is true of other transportation disruptors that have sprung up over the past few years, including Lyft, Uber’s main competitor.

It might look different to more traditional mini-cab firms, but at its heart – and in the eyes of the law – Uber is a transportation company, and it must abide by most of the same rules as other companies in this space.

That means strict vehicle safety standards, licensing for vehicles, and, as of 2019, inclusion on a national database of taxi vehicles, drivers and operators.

These regulations should technically encourage those who haven’t fully trusted ride-sharing and taxi apps to view them in the same light as more traditional firms.

There is no evidence that the laws make already sceptical consumers more trustful, though, and this is obviously good news for those investing in traditional mini-cab firms. 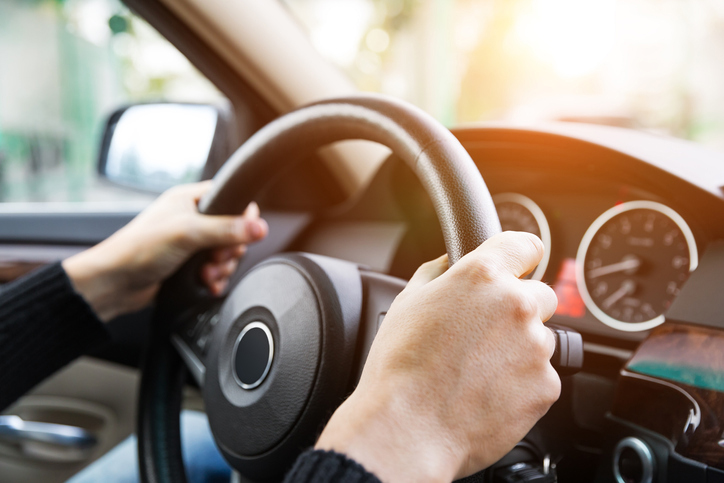 How has Uber affected the taxi industry? The positives and negatives

As one of the biggest tech disruptors of the 21st Century so far, Uber has had an effect across a number of areas – something that we could arguably dub ‘the Uber effect’. So, what is the ‘Uber effect’?

Some of the ways that the ride-sharing app has changed the landscape include its role in the emergence of the aforementioned gig economy, where drivers can take on journeys easily and (if they wish) alongside full-time jobs.

Another effect is the reliance that it has on the old economic concept of supply and demand – that is, the more people are requesting an Uber, the higher the prices will climb.

There is no question that Uber has caused severe disruption within the taxi and private vehicle rental market in this country.

As well as appearing to undercut traditional mini-cab and black cab firms, especially in London, the company has set the standard for ride-hailing and has forced the industry to pay attention to technology like it never has before.

Now, multiple similar companies are following in its lead and hoping to capture the same level of success.

Here are some of the effects that Uber has had on the industry, both positive and negative:

How can taxi companies compete with Uber?

It’s a question that anyone with a vested interest in the transportation industry will be interested in asking. But is it really possible?

Yes. At least, we think so.

Here at Taxi Insurer, we’ve laid out some ways that traditional cab drivers and mini-cab firms can compete with the ride-sharing giant (and by extension, the many competitors and similar companies that are continually being hailed as ‘the new Uber’).

Uber is currently making a loss, which suggests that there is room to mimic its most successful functions and be aware of its failings. Our suggestions include:

We’d also recommend investing in your technology, as this Kent can firm has with its new app.

Many of Uber’s competitors (the most recent of which is Kapten, which is new on the scene) are ensuring that their prices are lower, making them a more cost-effective choice than Uber for price-conscious consumers.

As a mini-cab company, you might not be able to match the tech-led disruptors on price.

But even if that is the case, it’s worth keeping an eye on the market and considering if there are any offers, discounts or other opportunities that you could take to lower fares.

If you’re considering taking over a mini-cab firm or building one up yourself, one thing that you will definitely need to consider is taxi fleet insurance.

Taxi fleet insurance can help you protect all the vehicles that you’re using for your business.

It’s easy to set up even if you have a mixture of different vehicles of varying ages and models as part of your fleet.

Insuring a fleet means that you don’t have to take out individual insurance for each vehicle, which would be a huge (and somewhat unnecessary) undertaking.

Get a quote for taxi fleet insurance today and protect your investment.