Top tips to care for your taxi and customers

These are interesting times to be a taxi driver/owner. Whether you are an independent contractor working with a company like Uber, or plying your trade as a self-employed driver, there is a massive customer base out there.

With the advent of taxi-hailing apps, fixed-price journeys, GPS tracking and so on, the archetypal taxi driver has to make sure to be at the top of their game when it comes to providing a service which will encourage repeat business, so he or she survives and thrives.

What does the average passenger expect in 2019?

Having reliable vehicles is the number one priority when it comes to setting up your own taxi service (that is, after getting taxi insurance). Your customers need to be able to rely on you and your cars to get them from A to B. Let’s take a look at some of the most popular options below.

The VW Passat is regarded as a good, solid option, especially the estate model, with extra space. In 2018, a plug-in hybrid model was added to the product line, which means there’s an urban-friendly option. Nevertheless, the powerful and economical 2.0 TDI is an extremely popular choice for day-to-day regular taxi journeys.

This hybrid van/car has excellent fuel economy, and its second main selling point is the amount of space it offers. As it’s van-based in design, there’s plenty of head and legroom for passengers in the back seats, as well as a massive luggage area, making it ideal for those airport runs as well as city driving

This Ford people-carrier has one of the biggest boots on the market and it seats seven, making it ideal for picking up groups of passengers. The aesthetic is nothing to write home about, but it’s a highly functional and serviceable vehicle. It’s a pleasant drive, too, with sharp handling and a good suspension. As it’s an MPV, selling it on will also be relatively easy, even with high mileage.

This vehicle has the double advantage of being a hybrid, which has a certain selling point nowadays, and is proven to be reliable. It will allow access to most low emission zones and is simple and relaxing to drive. If you look out for urban-based Uber drivers, many drive this vehicle, as its efficiency is outstanding in congested cities like London.

If you are looking to get into the VIP chauffeuring and executive airport transfer market, the Audi A8 is the perfect choice in terms of passenger capacity. It’s also a beautiful car to drive and offers very good value for money when compared with cars in the same price bracket.

Of course, you may not be in a position to purchase a brand new car for your taxi business. Many drivers search the second-hand market for a good-quality, durable and reliable vehicle.

The most popular used cars for taxi drivers

There are several online resources (this is an example) to help you decide what used taxi to buy and how to finance the purchase if necessary. Some of the most popular models are listed below.

Skoda Octavia - an extremely popular taxi model in the UK. It has a spacious interior, large boot and comes well equipped; built in sat-nav and Bluetooth connectivity, and a useful centre armrest with storage. The 1.6 TDi engine is the most popular size, clocking in at an average of 74 mpg. It is comparatively cheap to insure too.

Ford Mondeo - has a spacious boot the Mondeo makes an ideal choice for ferrying passengers around. The economical 1.5 litre Econetic diesel engine is the one to go for, averaging 78.65 mpg. Newer models come with the latest version of Ford’s SYNC infotainment system, allowing the driver to use smartphone and navigation apps through the car’s touchscreen; useful when there are so many apps around which help drivers to avoid congested traffic.

Hyundai i40 - what may make this car attractive to taxi drivers is the 5 year/100,000 mile warranty, ideal if you want to avoid any unexpected costs. It’s cheaper than the likes of the Ford Mondeo and Skoda Octavia but runs them close for equipment, accessories and ease of driving.

Vauxhall Insignia - this car was given a stylistic facelift in 2013 and is equipped with sat-nav and leather seats in the upper-range of the product line. The engines are notable for fuel efficiency and, surprisingly, the 2.0 litre diesel is more efficient than the 1.6 litre diesel engine.

Audi A4 - surprisingly, not as well equipped as some other saloon cars, the A4 provides a very comfortable ride and generous boot-space, making it a great option for airport runs. Furthermore, the A4 is one of those emblematic models which will always stand out to passengers as being a mark of quality.

Volkswagen Transporter Shuttle - a good option if you want to go for airport runs or nightclub pickups. It easily seats 8 passengers and has a lot of luggage space (particularly the long wheelbase version). Safety features highly, with ABS, ESP, Automatic Post-Collision Braking and Bluetooth connectivity as standard. The 2.0 litre TDI diesel gives a reported 47 mpg with low CO2 emissions of 155g/km. More for the specialist in group pickups, but there’s a big market for that as well.

Toyota Avensis - this model has a proven reputation for reliability even with mileage on the clock. The 2.0 litre diesel engine gives 60 mpg according to industry figures. The Avensis holds its resale value well and you’ll find that even older versions sell quickly.

Apart from the cost and coverage of taxi insurance, there are many other factors involved in the purchase of a vehicle to run as a taxi, but information on fuel economy should be one of the first ports of call seeing as fuel will be a high variable cost, at least until we all go fully electric!

What is the maximum number of taxis that can operate on a large taxi operators Licence?

The majority of local authorities outside London do not impose particular limitations on the number of taxis operating on a large licence. The Department for Transport agrees with this policy, adding that;

“Where restrictions are imposed, the Department would urge that the matter should be approached in terms of the interests of the travelling public - that is to say... what benefits or disadvantages would result for the public if the controls were removed?”

For more extensive information from the horse’s mouth about licensing and taxi insurance for larger fleets, click here for the official report, and if you really want to delve deeper into how local authorities manage this area, you can consult the guide for local councillors.

Is there an age limit for taxis?

It’s worth looking at this question in two parts. Firstly London and secondly, the rest of the country.

When it comes to London, the age limit for taxis is significantly affected by the constantly changing situation regarding maximum emissions regulations. Once Public Hire Vehicles or Hackney carriages reach 15 years, they are no longer regarded as fit for purpose by the body governing transport operations, Transport for London.This age limit within the London area has always caused a great deal of irritation amongst taxi drivers, who argue that it’s counter-productive to forcibly remove a vehicle from service after only 15 years if that vehicle is mechanically compliant and the bodywork is in good order.

As there are more and more electric-powered (or hybrid) taxis on London’s streets, the issue is what will happen when these new vehicles reach the 15 year age limit.

Considering that electric vehicles will be practically non-polluting, it’s no surprise that many lobby groups have attempted to get the age limit either extended or removed altogether. TfL itself invites drivers to comment on the situation. In fact, on their website, the organisation states;

“We propose that the maximum taxi age limit be reduced to 12 years by 2022” (for certain categories of vehicles), although “the maximum age limit for Euro 6 (greenest diesel cab) and ZEC Zero Emissions Capable) taxis, as well as those newly converted to LPG will remain at 15 years”.

Nevertheless, many cab drivers believe if the current limit were to be raised from 15 to 20 years, it could encourage more drivers to buy new LEVC vehicles sooner rather than later, as lengthening the age limit would partly mitigate the expense of having to replace a vehicle.

Regarding maximum age for taxis in England, Scotland, Wales and Northern Ireland, there is no nationwide policy, so it depends entirely on the local authority. This survey of age limits around the country provides a guide to identifying the regulations in your location.

There is a brief example of two cities in the UK, Leicester (medium-sized) and Birmingham (large), which have both introduced stringent clean air targets, meaning the local population of taxi drivers were put in a situation where, initially, nearly 40% of hackney carriages and private hire cars operating in the city would have been too old to use.

Cabbies have said the move is punitive but city officials countered that a high proportion of older taxis were failing the obligatory six-month safety checks at the testing centre.

Safety and security is a paramount issue for both passengers and drivers. There have been notorious cases of criminal activity by individual drivers over recent years, principally around sexual assault. The main questions at the back of passengers’ minds might be things like: 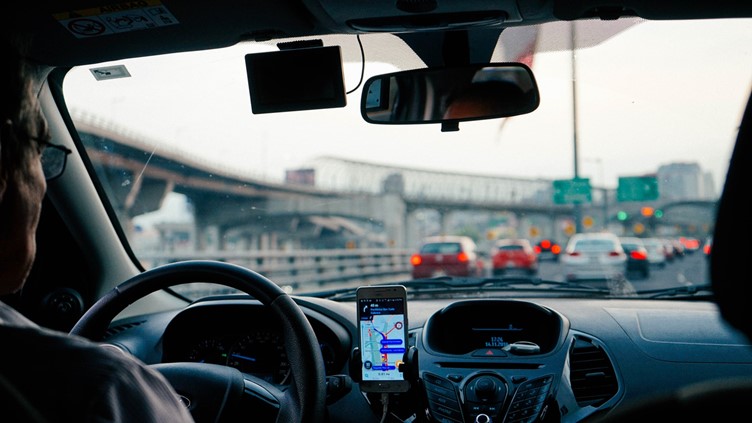 Is Uber safer for the passenger than regular taxis?

Uber has a stated policy regarding passenger safety - their “driver-partners” must complete a multi-step screening process, including criminal checks and driving history. Applicants submit a considerable amount of personal data - driver’s licence, proof of insurance and car registration numbers, which are strictly background-checked.

When it comes to inappropriate or criminal behaviour, according to taxinewspaper.co.uk, figures for 2017 indicate that no black cab driver was charged with a sexual offence.

The traditional employment relationship means the company is ultimately responsible for any accidents caused by their employees because they are using certified drivers in accordance with the law. In this respect, traditional taxis may be safer than Ubers because of industry regulations and certification requirements.

A fact check carried out by Channel Four indicated that there were a mix of offences between Uber drivers and licensed mini-cabs. Uber was briefly banned from operating in London (and the safety issue with its drivers was highlighted) but after an appeal, the decision was overturned last Summer.

According to Channel Four’s fact check, Uber insisted that TfL data confirms that its drivers hold 55 per cent of all private hire driver licences in London, suggesting that the proportion of Uber drivers charged with sexual offences is consistent with its private hire market share.

Be that as it may, the willingness to report taxi-related incidents, especially by women, has increased considerably after high-profile criminal cases, particularly in London. No longer can it be assumed they will not press charges due to embarrassment, shame or fear. Salutary stories about safety (or otherwise) are abound in the UK press.

Running a taxi has been a successful business model for many years. Urban dwellers see the taxi service as an affordable alternative to using public transport or their own vehicle for specific occasions. Inevitably, accidents happen and passengers get injured, but there are clear regulations governing what damages victims are entitled to. There is no statistical evidence to suggest that taxis are involved in proportionally more accidents than the general driving population.

As a taxi driver, you’re spending a large part of your day on the move. As such, you are at a proportionally greater risk of being involved in an incident or accident than the average road-user. For that reason alone, taxi drivers can expect to pay higher premiums, despite being some of the most experienced drivers around.

Here at Taxi Insurer, we can help you find competitive quotes for taxi insurance. Make sure you get the best deal and the right coverage for your particular circumstances by visting us today.