There has never been so much choice when it comes to catching a ride. The taxi industry is very different to what it was only 10 or 15 years ago, mostly due to technological innovations, which have completely changed the game.

But with the proliferation of driver and ride hailing apps, distinguishing between a taxi, a private hire vehicle, a black cab and an Uber has become a little bit tricky. You can’t blame people for getting a little confused!

As a result, the terms have become somewhat interchangeable – even when they shouldn’t be! In this article, we’ll explain the differences between them.

If you’re thinking of starting a taxi service in the new year, why not see which route would be best for you?

And if you’re already a successful taxi driver with your own fleet of cabs, you’ll already be clued up on the different terminology – but did you know that your classification can have an impact on how much you pay for your taxi insurance premiums? More on that at the end of the article. 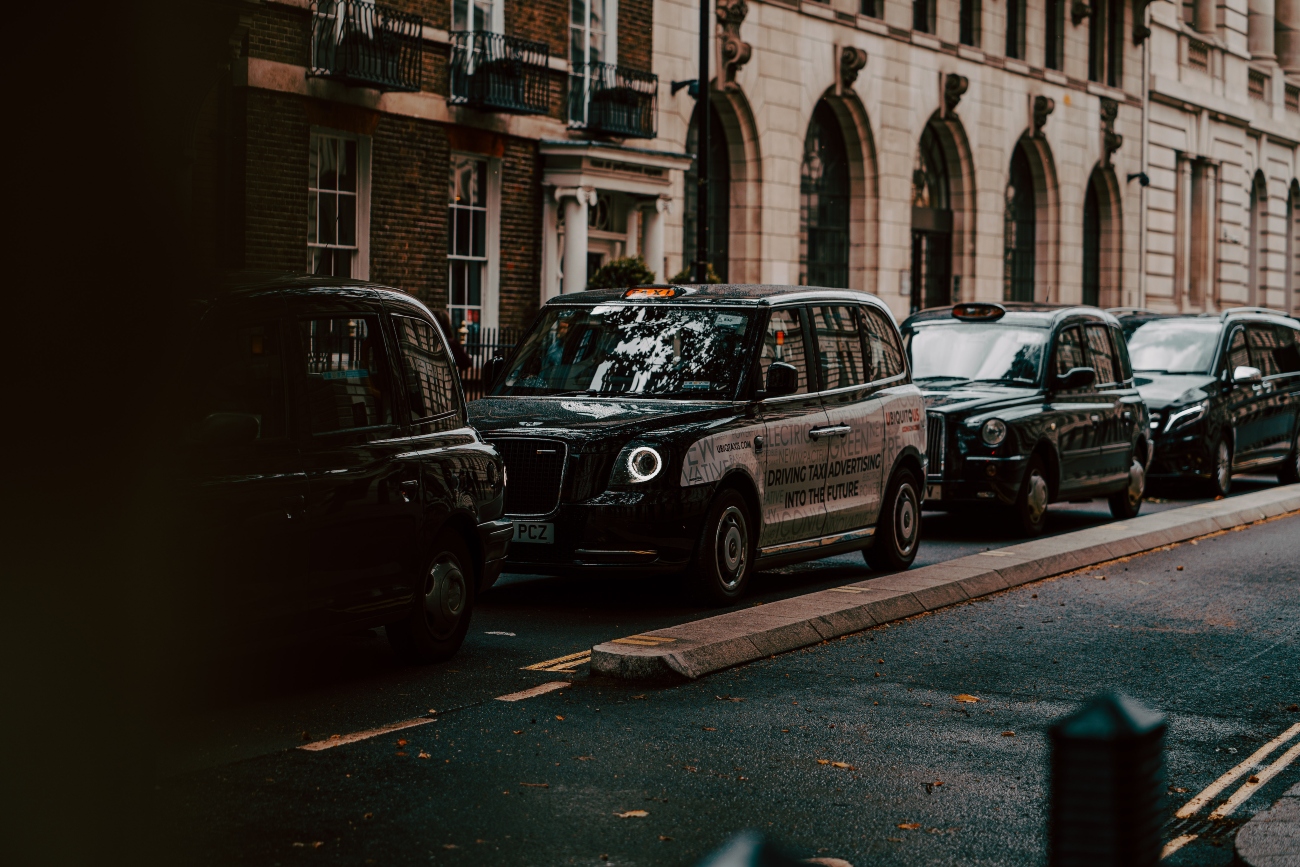 Let’s take a look at the official government definition of a taxi: “Also known as hackney carriages, [taxis] are available for immediate hire, can be hailed in the street (‘ply for hire’) or accept pre-bookings. Taxis have two types of licences: a vehicle licence (issued to the owner of the taxi) and a driving licence.”

In essence, taxi drivers have more freedom than their peers. They can be hailed from the street and operate from taxi ranks, as well as be pre-booked by passengers.

For this privilege (if that’s what you want to call it), taxi drivers must have a meter and a fare table displayed in their vehicle. They also need to apply for a hackney carriage licence from the local council they wish to operate in.

Licensing requirements are different depending on whether the driver wants to operate within or outside of London.

Obtaining a hackney carriage licence outside of London

To obtain a taxi licence outside of London, drivers must:

Requirements differ between councils, but drivers may also be asked to undergo a medical examination, sit a ‘knowledge’ test about routes in the local area or take a driving test. Some local authorities may even insist that drivers undertake a training programme to improve their skills in areas such as customer service, health and safety and general road safety before carrying passengers around.

More and more authorities are also requiring drivers to undertake disability awareness training – almost half (49%) of all councils in England made this a requirement in 2021, a rise from 44% in 2019, research shows.

To find out the licensing requirements in your part of the country, check out your local council’s website.

Drivers who wish to operate in the capital will need to apply to Transport for London (TfL). The requirements in London tend to stricter than most other areas of the country – for instance, drivers must:

The major difference when it comes to driving a taxi in London is the requirement to learn and pass the world-famous Knowledge test. Most people have heard of ‘the Knowledge’ – famed for its difficulty, TfL says most drivers take three to four years to acquire an encyclopaedic knowledge of the streets and places of interest in the capital.

According to the latest governmental figures for 2021, there are around 120,000 licensed taxi drivers in England. This is a reduction on 2020, which the government puts down to the coronavirus pandemic and the drop in custom.

The number of private hire vehicle (PVH) drivers is now higher than taxi drivers. Of the 251,100 licensed drivers in England in 2021, around three quarters (77%) drive PHVs, figures show.

Unlike taxis, PHVs, also known as minicabs, must be pre-booked and cannot use taxi ranks to pick up passengers: “It is illegal for PHVs to ply for hire. PHVs have three types of licences: a vehicle licence, a driving licence and an operator licence,” as per the government’s official definition.

Private hire drivers still need to apply for the relevant licence from their local authority. But the rules that apply to PVHs are slightly different compared to taxis, which might explain why they represent so many of the vehicles for hire on UK roads. For example, unlike taxis, PVHs don’t have to use taximeters to calculate the fare – nor do they have to set fares as per the local authority’s instruction.

Private hire operators are afforded a little bit more flexibility for not being able to use taxis ranks or accept a fare by being hailed.

Of course, it’s in the private hire operators’ interests to provide a good and fair service, otherwise they would quickly lose custom.

According to government data, two-thirds of passengers in England (outside of London) are happy with the service that they get from their PHV operators. If you’re outside of London, a PHV business could be the answer if you’re just starting out in the taxi trade.

Uber falls into the category of ‘private hire operator’. Since launching in the UK in 2012, it has transformed the taxi and private hire industry and now operates in over 40 towns and cities across the country, with an estimated five million passengers using the app on a regular basis.

While Uber hasn’t had it all its own way in the UK (we’ll come to that in a minute), there’s no doubt it has proven to be a game-changer, making it completely normal for passengers to be able hail a ride on their smartphone.

How much a rider pays for a trip very much depends on supply and demand, with Uber having adopted a ‘surge pricing’ model  that has proved pretty controversial.

While users are informed of any surge prior to their journey, when demand starts to surpass the supply of drivers, it can lead to long waiting times and sky-high fares.

Uber is currently on a charm offensive in the UK, trying to attract some 20,000 new drivers to the platform, which will help it keep a lid on its prices.

Unfortunately for many drivers, however – in spite of rising prices – the amount of money they make from the platform has not, the Guardian reports.

“We’re making less than normal,” one full-time Uber driver told the newspaper. He attributed this to an increased cancellation waiting time and a reduction in minimum pay for long distance trips. Rising fuel costs in the UK haven’t helped either.

As well as accusations of poor pay for its drivers, Uber has faced an ongoing battle to operate in the capital, with TfL declaring it not to be a "fit and proper" licence holder in 2017.

The taxi app won its latest London licence appeal in 2020 in a landmark court case. However, while acknowledging that Uber had taken steps to improve passenger safety, TfL said it would continue to “closely monitor Uber’s adherence to the regulations and to swiftly take action if they fail to meet the required standards”. 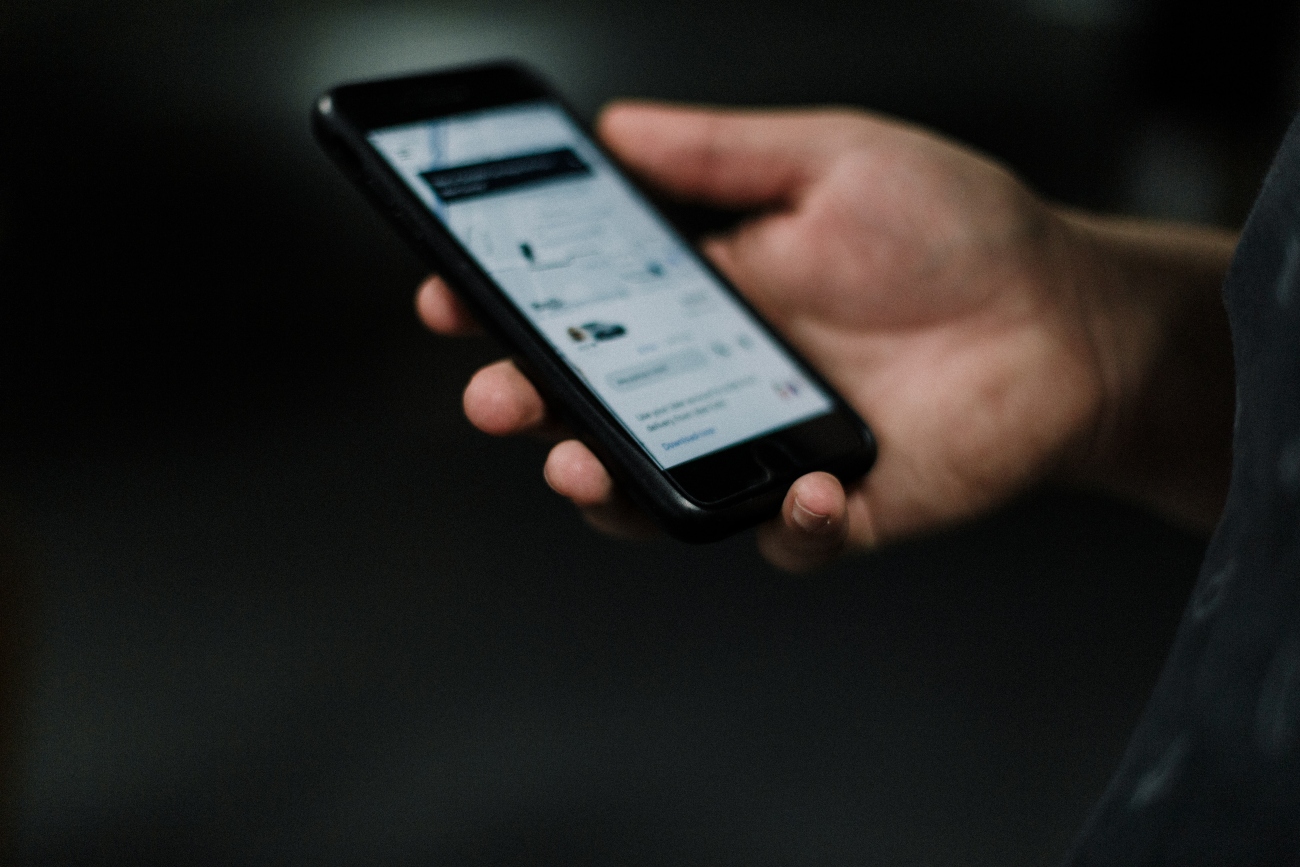 What rules and regulations apply to Uber?

Given the TfL’s intense scrutiny of Uber, you might be inclined to think that the tech company is judged differently to more traditional taxi firms. But that’s not the case. In the eyes of the law, Uber must abide by most of the same rules as other transportation companies.

That means gaining the appropriate licences for its vehicles, upholding strict vehicle safety standards and they will soon have to put their drivers on a national database which will enable “licensing authorities to access vital background information about drivers seeking a licence in their areas”. This will help to protect passengers.

It’s not just licensing regulations that Uber must adhere to in the UK – it also has the small matter of employment law to think about.

In 2021, the UK’s Supreme Court ruled that Uber drivers should be entitled to minimum wage payments, holiday payments and other workers’ rights. It added that these entitlements apply to the entire time that drivers are logged into the app ready to accept trip offers, not just when they have passengers in the car.

Black cabs are back!

Taxis don’t have to be black, but so many are, especially in London where having a black cab – as opposed to any other colour – is something of a selling point, especially among tourists who come looking for the ‘black cab experience’.

It’s for this reason that the iconic black London taxi is still the omnipresent vehicle on the capital’s roads. There are around 21,000 roving London’s streets, licensed by the Public Carriage Office.

They have endured a tough time of late, with one in five black cabs said to have been taken off the road in the six months to the end of 2020, as per research reported in the BBC. Again, the pandemic was to blame, with passengers having "evaporated".

"When we first went back after the initial lockdown, things started to get a little bit better very slowly," said one London cabbie in November 2020. "But it's as dead as it's ever been."

At the time, the Licensed Taxi Drivers' Association (LTDA) claimed that a mere 20% of drivers still had their vehicles in the capital.

The good news is that, a year on, there’s been a bit of an upturn for black cabs, with the Guardian reporting that they have “roared back into favour”.

Why black cabs are going green

When the Austin FX3 – which many people consider the original London cab – was first manufactured in 1948, it came in standard black and therefore was cheaper for firms to buy than other colours.

It wasn’t long before black Austin FX3s filled the capital’s roads, and the vehicle set the tone for the general proportions of all black cabs since.

In 1958, the FX3 was upgraded to the FX4, which looks a whole lot like the modern TX4 models we see on the road today. The FX4 remained in production for nearly 40 years, and if you go looking, you’ll probably spot a few on your next trip to London.

The manufacturer of the FX3, FX4 and its successor models – Carbodies, based in Coventry – has produced more than 130,000 black cabs, with the lion’s share of these taking residence in London.

The latest model of the black cab is the LEVC TX, which is described by the manufacturer as “the world’s most advanced electric taxi”. With the incentives for taxi drivers to go green in London, such as a grant of up to £7,500 for a new vehicle, it surely can’t be long before the LEVC TX takes over the capital. 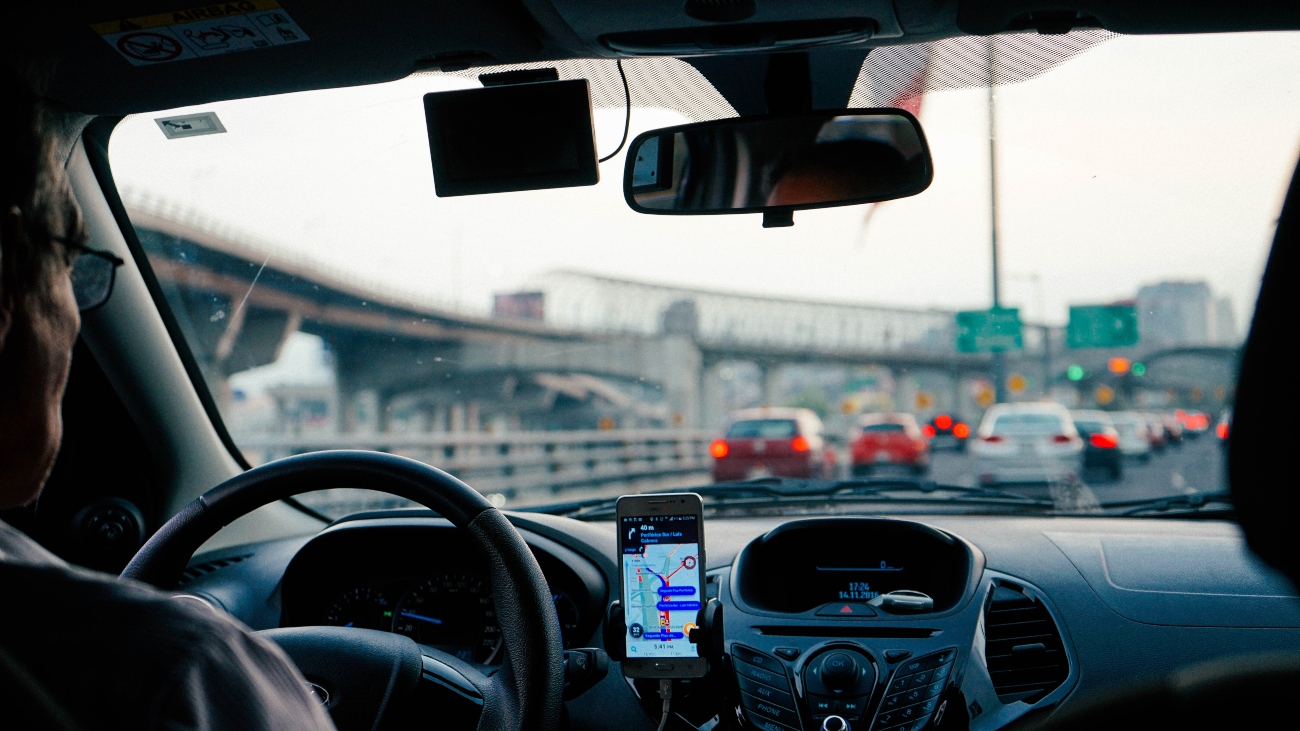 We can even work out a payment plan to make your payments manageable alongside all the other business expenses.

Arranging cover through Taxi Insurer couldn’t be easier. With access to an industry panel of leading UK insurers, we save you time by searching the market for you.

Protect your taxi fleet and get a taxi insurance quote today.