How to avoid vandalism in your taxi or public hire vehicle

Drivers of taxis and public hire vehicles (PHV) have a demanding job with lots of risks to manage each day, from dangerous drivers to unruly passengers.

The last thing you need is for your hard-earned income to be squandered, or your life to be put in danger because somebody vandalised your vehicle.

In this article, we’ll take a look at some of the most common forms of vandalism to taxis, how to avoid them as best you can, and having the right cover in case a situation does occur.

Common types of vandalism to look out for

Vandalism is all the more frustrating for drivers because someone has done it deliberately, and you can feel powerless to stop mindless violence.

There are many kinds of vandalism that can be inflicted upon a taxi. Some of the most common are:

Having your car ‘keyed’ – this is where a vandal takes a car key, or a similarly sharp object, and drags it along the car, damaging the paintwork. The scale of the damage depends on when the vandal stops.

Smashing – A vandal could smash your wing mirrors or lights just to cause trouble, while window smashing is more common when thieves try to steal the car, or spot something they want inside.

Slashed tyres – If a vandal slashes your tyres, you’re off the road. And you’ll have to get them replaced before you can get back to work.

Other common types of vandalism can include snapped windscreen wipers and damaged rims, which will again cost time and money, or graffiti that a driver has to try to remove. 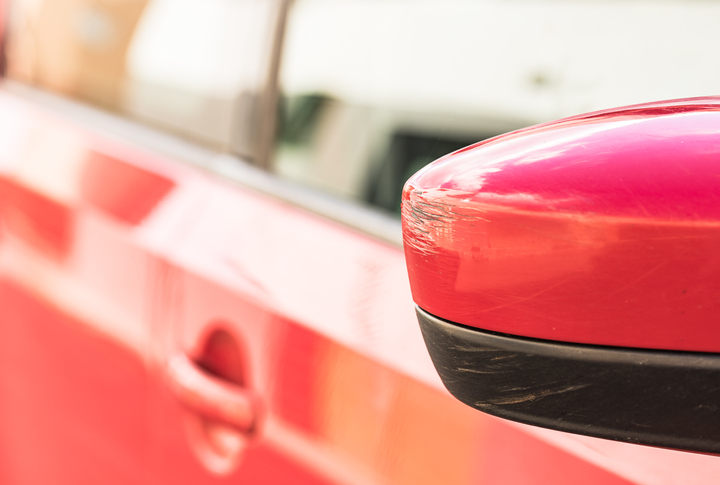 When vandalism is likely to happen

There are many situations where vandalism might occur, but it’s more likely to happen when you’re parked or not in the vehicle. That’s mainly because you’re not around to stop the person, and therefore they are more confident they can get away with it.

You might return to your taxi to find the windows smashed, for example, or find that a troublemaker has ‘keyed’ the side of it.

However, it’s not unheard of for vandalism to happen when you or one of your drivers is out on the road. Taxi drivers often work unsociable hours. Picking up fares late at night, or at the weekend, can often lead to having drunk passengers. Sometimes it’s impossible to know if a drunk stranger is going to become a problem.

In one incident in 2019, for example, a drunk passenger suddenly grabbed the handbrake while the taxi was in transit, before attacking the driver and trying to steal his car.

A driver can also be exposed to vandals who are not even passengers, but are just out to cause trouble.

In January 2021, a private hire firm in West Yorkshire said they have had 60 separate incidents where cars were taken off the road in the last year because local kids were throwing missiles at them.

What are the repercussions?

Unless they get caught, there are no repercussions for a vandal. However, for drivers, it can mean being left to foot the bill or being placed in danger.

Firstly, there is the financial cost. In the case of the West Yorkshire company dealing with vandals, the drivers are reportedly struggling to afford the cost of repeatedly repairing their vehicles.

Secondly, there can be risk of serious physical damage. In the case of the drunk passenger who grabbed the handbrake, the driver could have had his car completely written off and could even have lost his life or hurt someone else.

But it’s also tough on the mental health of drivers, taxi fleet owners, and their families. Drivers are just trying to make a living: going to work in fear of being attacked, or your taxi being vandalised, is deeply unfair. 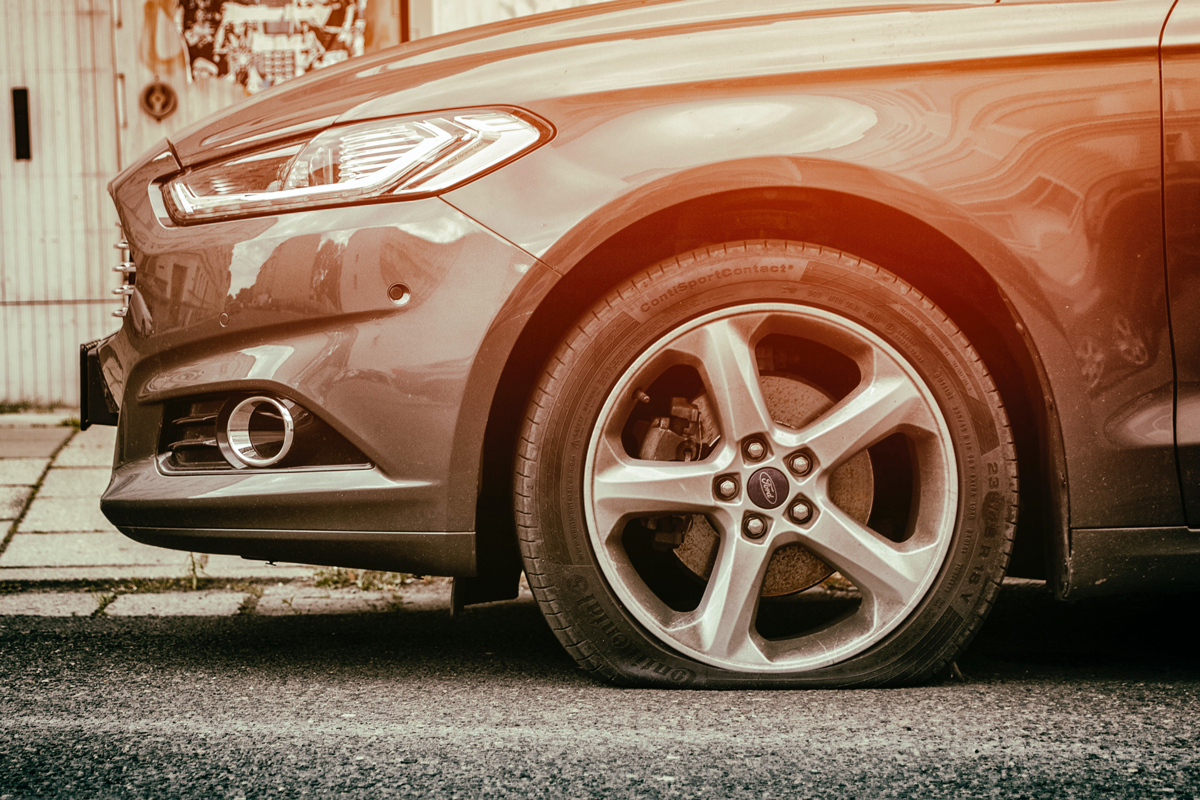 How to avoid vandalism in your taxi or PHV

Your taxi is not just a vehicle, it’s your livelihood. Although taxi insurance can help relieve the financial strain if things go wrong, prevention is always better than cure.

Responsible taxi owners should always try to avoid vandalism of their vehicle by taking precautionary measures. Let’s take a look at some of the steps you can take to keep your taxi safe.

Vandals seem to think they can get away with causing damage to taxis and private hire vehicles, so don’t make it easy for them to spot yours.

If you can, remove livery or signs from your vehicle when you’re leaving your car. That way, vandals won’t be able to easily tell that your vehicle is a taxi or PHV. In 2020, drivers in Portsmouth were given permission to use magnetic signs following a spate of vandalism targeting their cars.

Also, any thieves who wrongly think taxis have large amounts of cash in the car may be deterred from breaking in.

It’s surprising how often people simply park in the driveway instead of their garage. If you’ve got a garage to park in, then it’s worth thinking about making enough space in there and parking inside when your shift is over.

For the sake of a few extra minutes, you could make your taxi significantly safer from vandals. It won’t stop a more determined criminal, but will hide your car from troublemakers walking past your house.

If you don’t have a garage to park in after work, or you’re having a break and leaving the taxi, try to find a parking space in a well-lit or busy area.

Experienced thieves will look for targets in dark or quiet areas because they’re less likely to be spotted. So in absence of a garage at home, try to add motion-sensor lights to your driveway, otherwise parking underneath a street light would help.

In public, even if it means opting for a slightly more expensive or inconvenient parking space, it’s worth it to protect your taxi.

Also, if you’re parking up during a shift – even for something quick like a toilet break or stopping for petrol – don’t take any chances. Make sure you close your windows and sunroof if you have one. Take the keys out of the ignition, and check the central locking has definitely locked before walking away from the cab.

If you’re parking in your driveway, installing a CCTV security system could be a good idea.

The first thing a passing vandal will do is look around to see if anyone is watching them before causing damage, whether it’s a person or a camera. This will not only put them off, but also deter car thieves and even burglars.

When thieves are on the lookout for a car to break into, they don’t want to waste time only to leave empty-handed, so they’ll keep their eye out for items worth stealing that have been left on display.

Take any bags, clothes or electrical items with you when you leave. If that’s not possible, hide them in the boot or glovebox.

If you have a sat nav, make sure you also hide the little holder that sticks to the windscreen. The Police advise to also make sure it hasn’t left a mark on the glass, which can be a giveaway that you’ve got a sat nav. 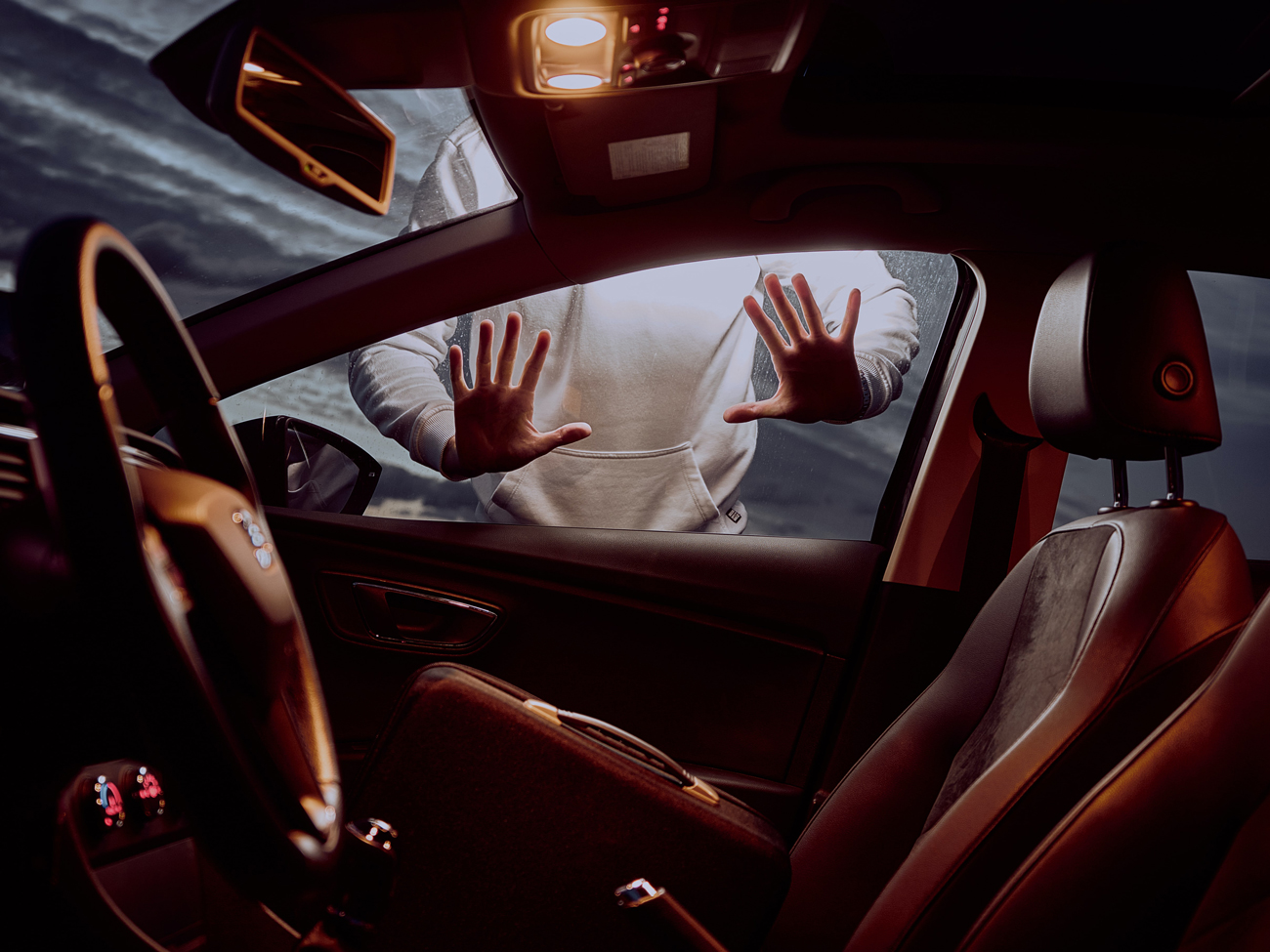 As we learned earlier, you might be unlucky and have a passenger intent on causing trouble. There are things you can do to at least better protect yourself and your earnings if this happens.

Fitting a screen in the taxi prevents passengers from being able to access the front seats. Look for a screen that can withstand heavy impact and knife penetration. And throughout a shift, try to drop large amounts of cash to a secure place.

If it must stay in the taxi, have a secure box to put it in that’s out of sight of passengers. If you can switch to a mobile payment system where passengers can pay by contactless card, this may help to reduce the risk further still.

Uber recommends that all its drivers verify the rider and confirm their name before letting them enter the cab, and to end a journey at any time if you feel unsafe.

It’s worth making sure the alarm in your vehicle has Thatcham Security Certification, which is the industry benchmark for alarms. It’s another way to put thieves off smashing into your taxi, and it could be the thing that stops a vandal from targeting your car.

Unfortunately, you can never fully guarantee that vandals won’t target your taxi. What you can do is take steps to protect your livelihood. When you’re getting a quote for taxi insurance, make sure you discuss covering damage from vandalism.

Taxi insurance to suit you

With access to an industry panel of leading UK insurers, we search the market for you, finding the policy suited to you and your cab.

From single vehicles to fleets, we do the leg work so you don’t have to. Call our specialist team today and let us help find the cover to suit your taxi needs.