Where are the UK's new clean air zones?

Climate change, air pollution, and a host of other environmental issues are high on the agenda for the UK government, public and businesses. With that in mind, taxi drivers need to be aware of planned changes affecting them. Clean Air Zones (CAZ) are just one of the areas you need to know about if you want to stay in business. The team at Taxi Insurer have taken a look at CAZs across the UK, how they work, and what taxi drivers need to be aware of.

We know how difficult it is to predict the future of your business. But the best way to protect yourself from the unexpected is to find yourself suitable taxi insurance for your needs and budget. That’s where Taxi Insurer comes in. 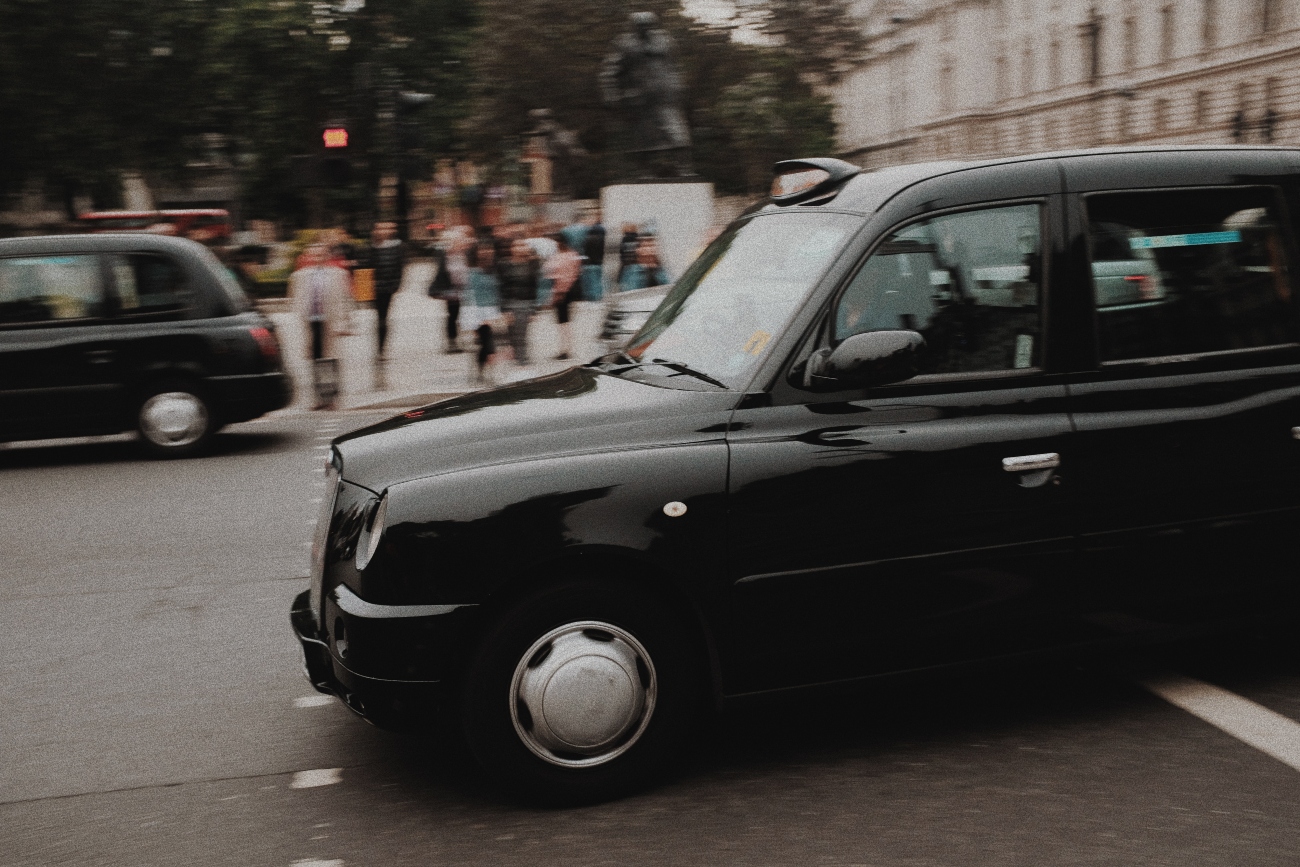 What is a Clean Air Zone?

Back in 2015 the UK government released details of proposals to improve air quality in cities across the country by discouraging the use of older, more polluting vehicles. In the short term the aim was to reduce the number of areas where air pollution has breached legal limits. A range of measures were proposed, including the implementation of so-called ‘Clean Air Zones’.

The idea is for the most polluted cities to apply restrictions within the CAZ to encourage the replacement of old, polluting vehicles with modern, cleaner vehicles. Anyone driving a vehicle found to not meet the specified emission standards will be asked to pay a fee in order to drive within the CAZ. The government stated that local councils can only charge at a level to reduce pollution, not to raise additional revenue.

There are currently four classes of CAZ that local councils may consider implementing. They each create a different level of restriction on drivers.

Each of these types of vehicles have minimum emissions standards through which they can be exempt from any charges or restrictions.

How do CAZ work?

Different councils will have different ways of working these schemes. In general, they run 24/7 and are enforced by a network of Automatic Number Plate Recognition cameras. If your vehicle is liable to pay the charge then you pay via the Government’s online portal. If you’re travelling in London then you’ll need to pay using the TfL portal.

While there are many discounts and exemptions available for some vehicle types, some of these are only temporary and dependent on which local authority the vehicle is licensed with. You’ll need to carefully check the appropriate local authority site to get further information on exemptions and financial support available.

Helpfully the government has an online vehicle checker which you can use to check if you need to pay the charge depending on which CAZ you have travelled in. There’s a different service provided by TfL if you want to drive in London’s low or ultra-low emission zones.

If you’ve a taxi fleet and want to check a number of vehicles you’ll need:

If you accidentally pay the charge when you don’t need to then don’t worry. You may be able to claim a refund depending on the CAZ you’ve been charged for.

In terms of whether taxi drivers need to pay for driving in a CAZ, it really depends on the CAZ you’re driving through. Use the online portals to check whether your vehicle is going to be subject to charges.

Staying on top of these issues, like finding the right taxi insurance, is a vital part of a successful taxi business.

Where can you find the UK CAZ?

Staying informed about the progress of clean air zones near you is an important part of keeping your business on track and ahead of the competition. Here’s a rundown of some of the areas that have introduced a CAZ or are soon to do so.

One of the first CAZs to get up and running. A charge of £9 is levied on vans, taxis and minibuses that don’t meet the emissions standard. The most polluting trucks, lorries, coaches and buses now face a £100 daily charge. Regardless of their emissions levels, private cars and motorbikes will not be charged in Bath’s CAZ. Visit Bath Breathes for more information.

All vehicles that don’t meet the minimum emissions standards are caught by Birmingham’s Class D CAZ. The CAZ applies to all roads within Birmingham’s A4540 Middleway Ring Road, apart from the ring road itself. A charge of £8 will be levied on cars, vans and taxis. While HGVs, buses and coaches will face a daily £50 charge. Some exemptions apply. Visit Welcome to Brum Breathes for more details. As the largest city in the UK by some margin, London’s pollution problems are worse than most. Indeed a 2020 study found that London was the worst city in Europe for health costs from air pollution. While a London coroner ruled that air pollution contributed to the death of a nine-year-old Lewisham girl, Ella Kissi-Debrah, from asthma in 2013. According to the Mayor’s office itself all Londoners live in areas exceeding World Health Organization guidelines for the most dangerous toxic particles.

Drivers of polluting cars, vans and motorcycles must pay £12.50 a day. You must pay these charges in addition to any weekday Congestion Charge. Further information on the London ULEZ is available at Transport for London.

London-licensed taxis are exempt from ULEZ charges. They are currently subject to a 15-year age limit. TfL is currently reviewing proposals to reduce this to 12 years.

Designated wheelchair-accessible PHVs used to carry out a private hire booking will be exempt from the ULEZ daily charge until 26th October 2025.

PHVs that do not meet the emissions standards and are not wheelchair-accessible must pay the full ULEZ charge to drive within the zone.

Going live any day now, Portsmouth has implemented a 3 sq. km Class B CAZ to the south west of Portsmouth. The most polluting HGVs, buses and coaches will pay £50 a day. While non-compliant taxis and PHVs will be charged £10 a day. You’ll only be charged once a day no matter how many trips through the zone you take.

If you want to upgrade or retrofit your older vehicle the council may grant you a sunset period in which to make your vehicle more compliant. The council has also established a Clean Air Fund offering financial support up to £1,500 per vehicle to help you upgrade. If your non-compliant vehicle is wheelchair-accessible though, you could get £5,000 to help you upgrade. For more information visit Cleaner Air Portsmouth.

Planned for January 2022, Bradford’s Class C CAZ will cover the majority of Bradford city centre, the Canal Road corridor, Shipley and Saltaire. Non-compliant taxis and PHVs will face a daily charge of £12.50. Go to Breathe Better Bradford to find out more.

Put summer 2022 in your diary if you’re a driver in Bristol. Private cars, taxis and vans will be charged £9 per day, while buses, coaches and HGVs will be charged £100 per day. There'll be grants, interest-free loans and exemptions available in order to give people time to upgrade to less polluting vehicles. Check Bristol City Council’s Clean Air for Bristol site for the latest announcements.

In late 2022, Sheffield plans to launch a Class C CAZ covering the inner ring road and city centre, including Park Square and the A61/Parkway junction. Taxis and PHVs that don’t meet the emissions standards will be charged £10 a day. Sheffield Council has been awarded £20 million in Government funding to support affected businesses and taxis to help upgrade their vehicles. The support on offer includes up to £10,000 to upgrade to a wheelchair accessible hackney carriage and up to £3,000 for upgrades to PHVs.

There are currently provisional plans that from July 2022, non-compliant taxis, vans, lorries and buses will face charges to enter a Newcastle CAZ.

A CAZ focused on pollution from buses is running as part of York City Council plans to clean up the city’s air. York is also looking to convert 17% of taxis to electric hybrids. There will also be a new taxi licencing policy in place to specify minimum emissions standards.

There’s also a non-charging CAZ in operation in Southampton. The council decided against introducing a vehicle charge after consulting with the public and businesses. Instead it decided to introduce other measures to achieve a reduction in air pollution.

These included revising taxi licensing conditions to discourage the use of the most polluting vehicles, expanding the existing low emission taxi scheme, and offering a ‘try before you buy’ scheme so drivers can experience the benefits of an electric taxi for up to three months.

Between February and May 2022, the cities of Aberdeen, Dundee, Edinburgh, Glasgow will each be introducing a Low Emission Zone. These will ban all non-compliant vehicles from entering the city centres. While penalty charges will apply to those that breach the rules. Read all about the proposals at Low Emission Zones Scotland.

Policyholders can also benefit from no claims bonus protection and a 24-hour claims management service.