What is next for the taxi Industry?

The taxi industry hasn’t changed all that drastically since public hire vehicles first graced the roads back in the mid-19th century. It is still, in essence, about getting passengers to where they need to be safely and swiftly. And that will never change. But how the service is delivered certainly has.

In fact, the change the industry has undergone over the last five years arguably outstrips the 50 years that went before it. That’s largely down to Uber’s entry into the market, which has disrupted the taxi industry more than any other one company has done before.

It was able to completely disrupt the taxi industry by combining modern technology with flexible payment and pricing strategies, while simultaneously offering a beneficial platform for prospective drivers.

The outcome was a service that has provided taxi rides to around 110 million passengers, and an operation that spans 785 metropolitan areas around the world.

So, what’s next for the taxi industry? Is Uber going to dominate – or will another shift in technology see it quickly evolve again? It’s somewhat inevitable.

The next logical step for the taxi industry is for companies to put themselves on a level playing field with their ride-sharing competitors by building their very own smartphone apps.

Passengers are quickly getting used to being able to call a cab via an app on their phone, without having to wait in a queue to speak to the taxi depot. According to Uber, about 3.6 million people regularly use its service in London alone, where it has 45,000 registered drivers.

So, the pressure is on taxi companies both big and small to develop their own user-friendly apps that can compete with Uber’s offering. It’s not going to be easy for them, nor will it be cheap, but it's necessary to remain competitive in this ever-changing market.

Of course, some passengers will still prefer to call for a cab and speak to someone directly, who can confirm when a driver will be available. The question for firms then will be whether to go all-in on their app, as Uber has done, or to maintain a phone line for those who still want to hire a taxi in the more traditional way. 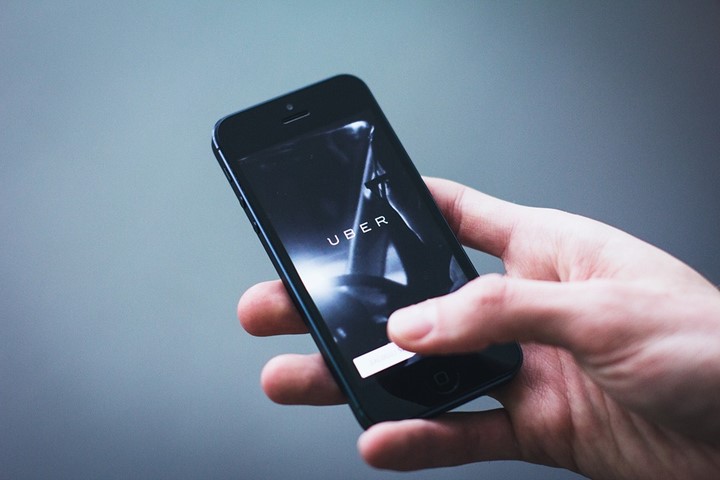 The next big move for the taxi industry is likely to be towards saving the planet by running greener vehicles.

In fact, research conducted by The Real Urban Emissions (True) initiative last year found that some of the most common models of London’s world-famous black cabs are emitting up to 30 times as much pollution as personal cars the same age. Some newer models of the black cabs were found to emit even more pollution than older models.

Historically, the taxi trade has had a limited choice of diesel vehicles to use. This has led to the fleet becoming a significant contributor to poor air quality, particularly in central London, where they contribute 16% of all transport Nitrous Oxide (NOx).

But the industry is now open to choose the vehicles it likes – and there’s every reason to pick a greener fleet.

Firstly, it’s what consumers are calling for. People want all companies - not just taxi firms -  to reduce their carbon footprint. While consumers might conveniently overlook the impact of emissions when ordering a taxi at the moment, it won’t be long before they start prioritising climate-friendly fleets. That’s if the authorities don’t get there first, demanding that taxi companies go electric.

To make it easier for taxi firms in the UK to go green, the government is offering a plug-in vehicle grant, which will give taxi drivers up to £7,500 off the price of a new zero emission capable (ZEC) taxi.

We will eventually reach a point where taxi drivers are no longer needed, with cars able to drive themselves. It still feels like this is a long way off, but car manufacturers are already trialling their stereotypes. Earlier in the year, Stagecoach announced it was testing Britain’s first full-sized driverless bus.

Ford is hopeful it will have cars with no accelerator and no steering wheel driving people around in certain cities by 2021. Other manufacturers are a bit more conservative, predicting that we won’t see autonomous urban driving until 2030.

Even if we take the most conservative estimates, that would mean we would have driverless taxis on the roads within a decade.

However, there are a number of issues that the technology has to overcome before we get to that. First and foremost, that driverless cars are safe for fellow road users and pedestrians alike.

Unfortunately, there have already been a number of incidents involving autonomous vehicles which have resulted in injury and death. In 2018, Uber was forced to suspend its self-driving car tests in all North American cities after a fatal accident.

There’s also the question of whether self-driving cars will need insurance. In short, the answer is yes they will – at least at the outset.

Protecting yourself with taxi fleet insurance

For the time being, the taxi industry just needs to focus on ensuring it has adequate taxi fleet insurance.

Taxi fleet insurance is available to fleets of three or more vehicles. It doesn’t matter if you have a fleet of black cabs, minicabs, minibuses, or a mix of vehicles – Taxi Insurer can help you find a taxi fleet insurance policy that matches your needs and covers all of the vehicles in your fleet, for a price that fits your budget.

With only one policy to remember to renew each year, you can put all your effort into making your taxi business a success. Get a no-obligation taxi fleet insurance quote today.