Speed cameras: everything you need to know

Whether you give a big thumbs up or a big thumbs down to speed cameras, they are an unavoidable part of the UK’s motoring landscape. And, as a professional taxi driver, if you want to stay safe and in business you need to know all you can about them. That’s why the team at Taxi Insurer has put together some answers to some of the most commonly asked questions about speed cameras.

Making sure you’re up to date on road safety laws is only one part of keeping you and your passengers safe on the road. Another is having taxi insurance in place. Why not get a quote from Taxi Insurer today and protect your business from the unexpected? 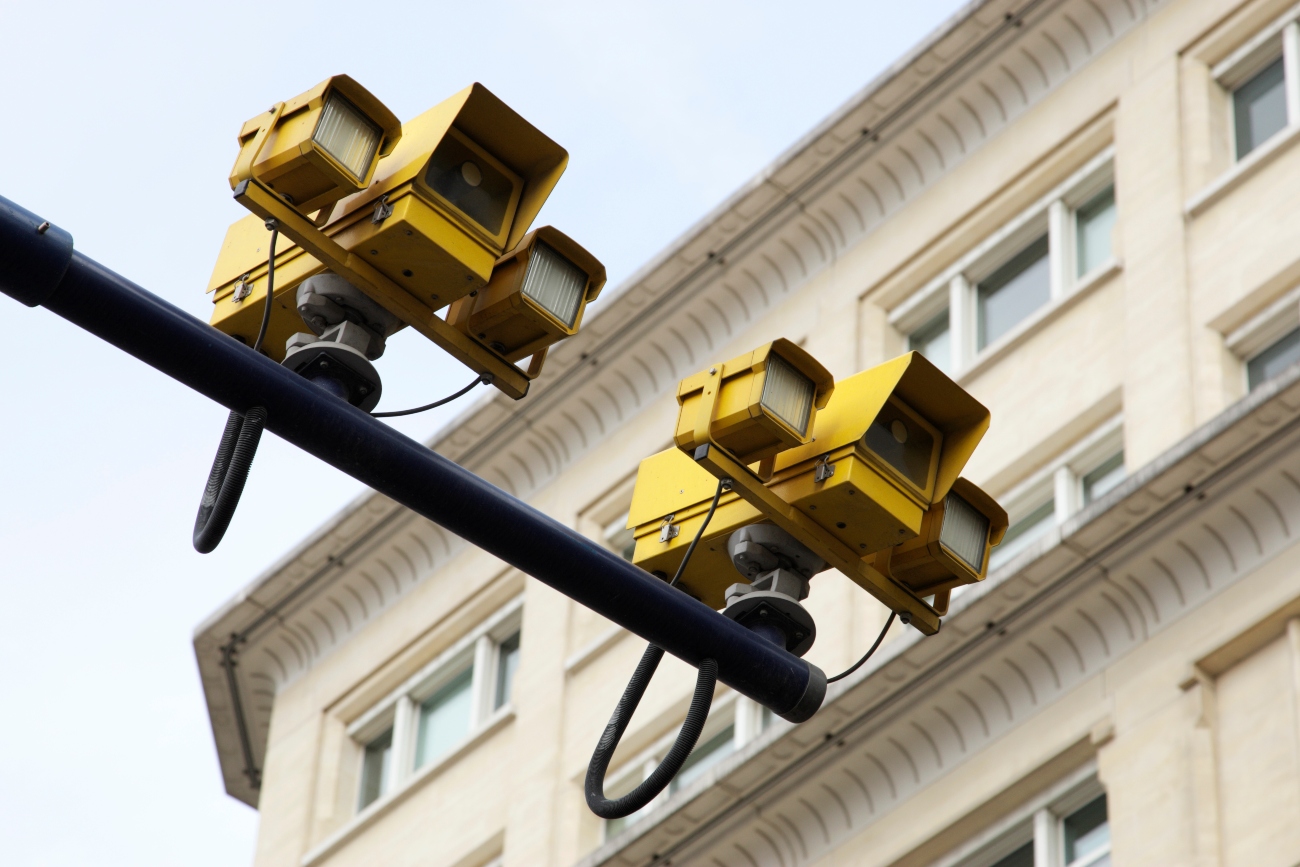 Why do we need speed cameras?

Since their introduction way back in 1991, speed cameras have come to be seen as an important tool in maintaining and improving road safety. According to statistics from the Royal Society for the Prevention of Accidents (RoSPA) speeding plays a part in 11% of all injury collisions, 13% of serious injuries and 21% of fatalities on the road.

They calculate that in 2019 alone, 215 people were killed on Britain’s roads – with another 1,535 people seriously injured and 2,913 slightly injured – because someone was exceeding the speed limit. A further 133 people died because someone was driving at an inappropriate speed for the road conditions.

RoSPA also argues that speeding makes other driver errors, such as driving too close, even more dangerous. After all, if you’re driving too fast then you’ve less time to identify hazards and react to what’s happening on the road around you.

Researchers at the London School of Economics have found that by placing speed cameras at accident-prone locations, many benefits occur including a big reduction in speeding and collisions, while also cutting deaths and serious injuries.

How do speed cameras work?

Depending on the type of speed camera you encounter, some record your vehicle’s speed by using radar technology while others rely on detectors embedded in the road. Other speed cameras combine with traffic light cameras to monitor lights and junctions. So, not only will they be triggered if you exceed the speed limit but they’ll also know if you run a red light.

If the camera finds you’re going too fast, it will take a digital image of your vehicle that will identify its make, model, colour, and registration plate. If it’s a forward-facing camera then it may also capture your picture, too. Thereby helping in the case of a dispute as to the identity of the driver.

The camera also makes a record of the:

No, contrary to a common speed camera myth just because a speed camera doesn’t flash doesn’t mean it hasn’t caught you or isn’t working. Some do, and some don’t. There’s really no way to tell whether a speed camera is operating or not. So, it’s just best not to speed in the first place.

Do speed cameras work at night?

Years ago, there may have been some problems capturing images of speeding cars at night. But technology has moved on a lot since then! So, yes, speed cameras work well at night, too.

How fast do you have to drive to be caught by a speed camera?

While you’re breaking the law by exceeding the speed limit by even 1mph, most speed cameras give you a bit of leeway before they record you speeding. To find out how much, motoring magazine Auto Express asked the UK’s police forces how strictly their speed cameras enforce the  limits.

The majority said their fixed and average speed cameras would only catch vehicles exceeding the speed limit by 10% plus 2mph. This is in line with guidelines issued by the Association of Chief Police Officers that stated prosecution should not be considered when below these speeds.

So, speed cameras shouldn’t issue tickets until someone is driving at 24mph or more in a 20mph limit, or 79mph or more on the motorway. Interestingly, both the Metropolitan Police and Lancashire Police use a less strict, 10% plus 3mph threshold.

What happens if you’re caught by a speed camera?

Once the camera has caught you speeding, your car’s registration plate will be checked against the DVLA database to get the registered address of the car’s owner. Around 14 days later a Notice of Intended Prosecution (NIP) will be sent to that address asking for the driver details (just in case someone else was driving at the time). And if it wasn’t you driving? Then you must let the police know the name and address of the person who was.

Motoring lawyers warn that drivers really must name the correct driver when asked. If you fail to do so, perhaps by naming a friend or family member then you could be charged with the far more serious offence of perverting the course of justice. This is a very serious crime indeed and can even lead to a spell in prison. It’s really not worth it!

What’s the penalty for speeding?

As an experienced professional driver you’ll probably know the range of penalties available to the police. But, just in case you’ve forgotten you could end up with:

Remember a driving conviction can have a big impact on your taxi insurance premiums. If you’ve been convicted of speeding, speak to the team at Taxi Insurer to see if they can help. 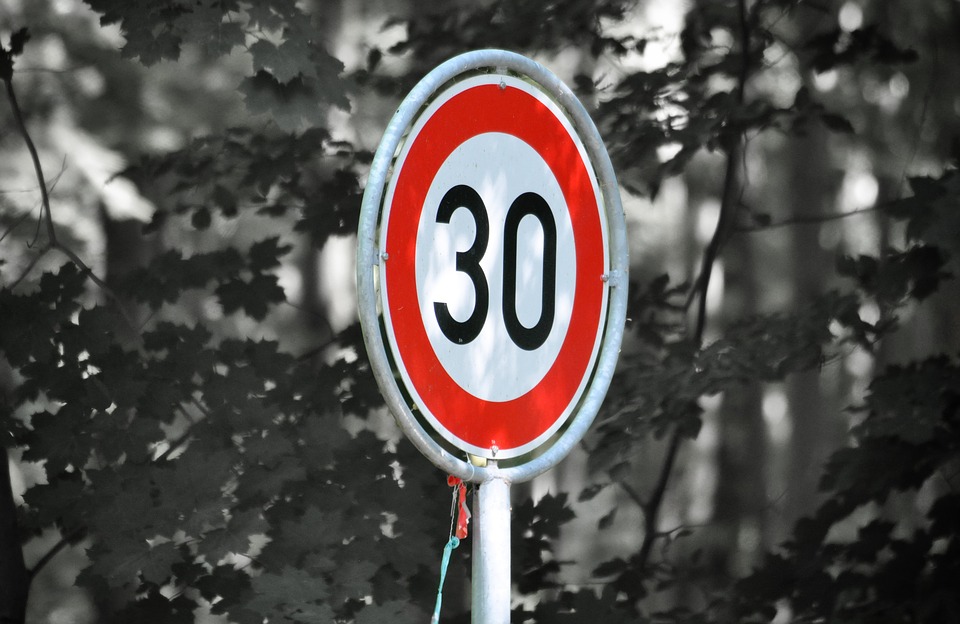 Do speed cameras have to be visible?

While speed cameras are all painted yellow, this doesn’t apply to mobile speed vans and operators. There’s no law to say they have to be visible. But even if they’re not hiding, they can still be tricky to spot.

And even if you didn’t spot a speed camera, it doesn’t mean the fine won’t stand. After all, the point of them is to remind drivers to stick within the speed limit.

Can a speed camera catch me if I’m far away?

Can you warn other drivers about speed cameras?

Some drivers flash their lights to warn approaching traffic of mobile speed cameras. But if you do this then be warned – you are, in fact, committing an offence and could be hit with a £1,000 fine as punishment!

The Highway Code also states you shouldn’t flash your headlights to convey messages to other motorists.

What are the different types of speed cameras on the UK’s roads?

There are many different types of speed camera operating around the UK. These are the ones you’re most likely to encounter.

These clock your car’s speed as it passes a particular spot and are perhaps the cameras you’re most likely to spot when out on a fare. The original rear-facing fixed speed camera Gatso was the first speed camera to be installed in the UK. It’s easy to spot as it must be painted yellow and is usually attached to roadside poles or overhead gantries.

Other varieties include the forward facing Truvelo and the high-tech HADECS speed cameras mostly used on newer smart motorways.

The younger sibling of the fixed speed camera, these are found in marked or unmarked cars and vans around the UK. They tend to be run by local police forces around accident blackspots. But they’re also often used as part of safety camera partnership teams and speed safety campaigns. They can take the form of mini-Gatsos, hand-held radar and laser guns.

By recording your speed at two different points these speed cameras can work out whether you’ve been speeding or not. Slowing down just before the camera and speeding up afterwards won’t fool this high-tech equipment.

Models include the SPECS, Siemens SafeZone and SpeedSpike average speed cameras. They’re becoming an increasingly common sight on UK roads, particularly on motorways and around roadworks.

And, yes. Contrary to yet another popular speed camera myth, average speed cameras still work if you change lanes. The cameras take pictures of every lane and can easily measure your speed regardless of which lane you’ve sneaked into.

It isn’t just speeding that the authorities want to cut down on. There are a range of other offences that cause accidents every year. SpeedCurb and REDFLEX speed cameras are two systems that use radar to catch speeding motorists. But they can also monitor traffic light offences, too!

Can you avoid speed camera detection?

By far the best way to avoid speed camera detection is not to speed in the first place. However, in the real world there are a range of distractions for the modern motorist which means that despite your best efforts, you might still fall foul of speeding laws.

So, if you want to stay safe then it could be worth using a speed camera detector to remind you of the need to keep your speed below the legal limit. Be aware that this technology is very different from jammers that ‘block’ the signal of speed cameras. These are illegal and you’ll be slapped with a hefty fine if you’re caught using one. 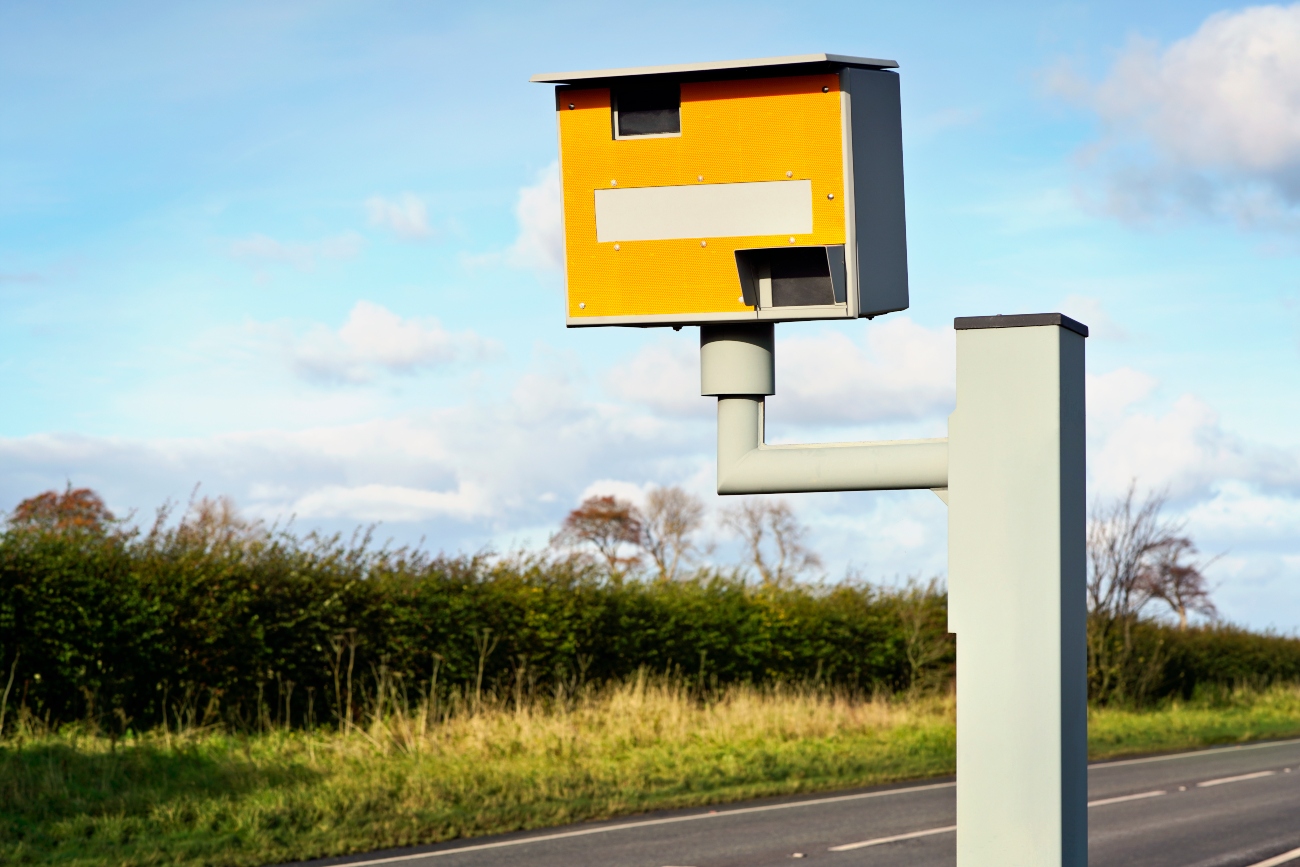 Are there any tips to staying within the speed limit?

Fortunately RoSPA has produced a guide to staying within the limit that’s recommended reading for taxi drivers. The tips are:

Keeping alert as to your speed is just one of the many tasks you need to focus on over the course of a working day. That’s why the team of insurance specialists at Taxi Insurer is always looking to come up with ways to help lessen the pressure on stressed drivers.

Get a quote for taxi and fleet insurance today.