A New Year is a great opportunity for a slice of self-improvement. As a taxi driver, you’re exposed to more risk than most, so even the most experienced motorists need to ensure they’re ready for anything that the road might throw at them.

In this article, we’ll cover everything from what law changes you need to be aware of to how best to deal with difficult passengers.

We hope that by the end of reading it, you’ll feel more confident about how you go about your job as a taxi driver this year, and less likely to get into any bother; with other drivers, passengers and the law.

So, let’s get to it, kicking things off with those law changes that are set to come into force – or are rumoured to – over the next 12 months.

Keep an eye on emission regulation

Protecting the environment is a major issue right now – and quite rightly so. Last year, in response to calls for the capital to reduce its carbon footprint, London adopted a new Ultra Low Emission Zone (ULEZ), replacing the previous T-charge scheme.

With polluting vehicles accounting for around half of London’s harmful NOx air emissions, the new rules – dubbed the “world’s toughest vehicle emissions standard” – aim to reduce thousands of premature deaths that could be linked back to the dirty air.

It currently applies to Central London – operating in the same area as the current Congestion Charge zone – and will be extended to all of inner London in 2021.

For the time being, London-licensed taxis are exempt from ULEZ charges but drivers are reminded that if they buy a new vehicle, it must be capable of producing zero emissions. The decision to make black cabs exempt from the ULEZ has led to lots of debate on the matter. However, the Mayor of London, Sadiq Khan, says this is because the black cab fleet is 100% wheelchair accessible.

Private hire vehicles, meanwhile, will need to pay the full ULEZ charge to drive within the zone, if they don’t meet the emissions standards.

Birmingham is set to introduce its own scheme in July, while other cities including Bristol, Cambridge, Cardiff, Newcastle, Derby and Edinburgh are also said to be having discussions on the matter. 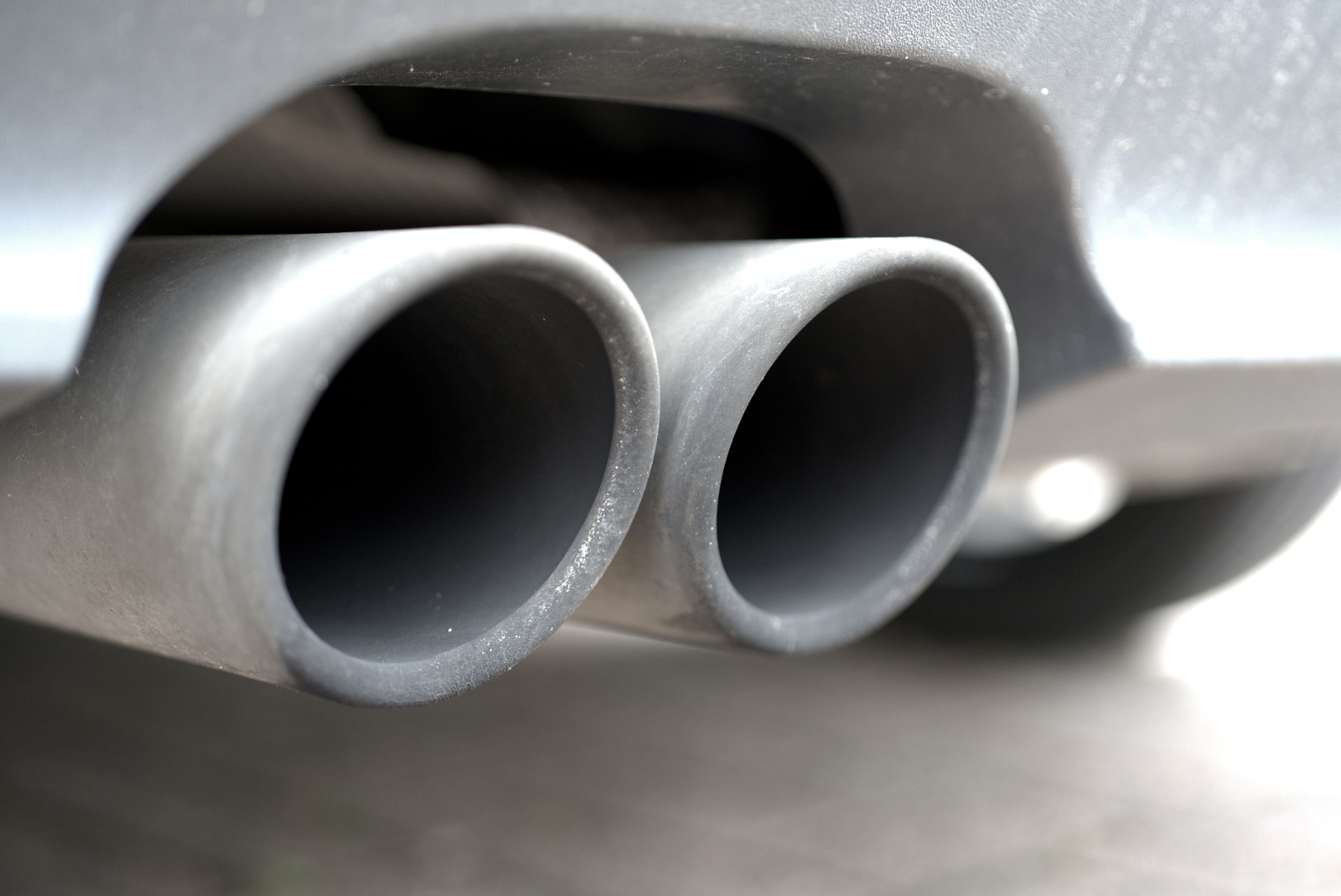 Watch out for the red X on motorways

Driving in a lane closed by a red X sign on a smart motorway is already illegal, with guilty motorists punishable with a fixed penalty of up to £100 and three points. However, there have been calls to make the law even stricter on motorists in certain cases. Could we soon stronger penalties of up to six points?

Lanes are closed for a reason – there might be a car stranded ahead – and continuing to travel down them could cause a serious collision. They are not an overflow for when there is a build-up of traffic.

As a means to try and ease congestion on smart motorways, many hard shoulders have been converted into running lanes. But concerns have been raised about the lack of refuge areas this has created, with vehicles that have broken down or been involved in a collision left with little or nowhere to seek safety.

Put your phone away

The law on using a mobile phone while driving was first introduced in 2003, making it illegal to call or text while behind the wheel. But the tech in our mobiles has advanced a long way since then.

With today’s smartphones, you could argue that, if you were caught using your phone while driving, you weren’t using the device for communication and therefore haven’t broken the law.

That’s exactly what a driver did in 2019 having been caught filming a crash on his mobile phone while driving. The man won an appeal to overturn his conviction, with lawyers successfully arguing he wasn’t using the device to make a call or text.

The case has prompted legislators to update the law. As of spring 2020, the revised legislation will include using a phone to “browse the internet, film, take photos, or scroll through playlists”, as per reports.

Using your mobile phone while driving has a fixed penalty of £200 and six points.

Did you know that it’s illegal to park on the pavement in London? The law has been in place since 1974 but it’s been reported that it could be extended into a blanket ban across the country.

When vehicles put a couple of wheels on the pavement, it makes it difficult for people to safely navigate the streets, especially disabled, elderly and vulnerable people.

It’s been suggested there should be a £70 fine for drivers parking on the pavement in England. But Lilian Greenwood MP, who chairs the transport committee, acknowledged that it’s “a thorny problem that may be difficult to resolve to the satisfaction of all”.

So, while the law might not be changed in 2020, taxi drivers should keep abreast of the legislation and be cautious when dropping off and picking up passengers.

Be aware of the new MOT rules

It’s more important than ever that you carry out year-round maintenance to your cab, with five new requirements being added to the MOT test for the first time, including checks for:

And it’s good to know the new categories for MOT defects before you take your taxi to the garage in 2020. These include:

As a taxi driver, you can scarcely afford to have your vehicle off the road for too long should it fail its MOT. So, consider a pre-MOT trip to the garage to see if any work will be required on the vehicle before MOT renewal day arrives. 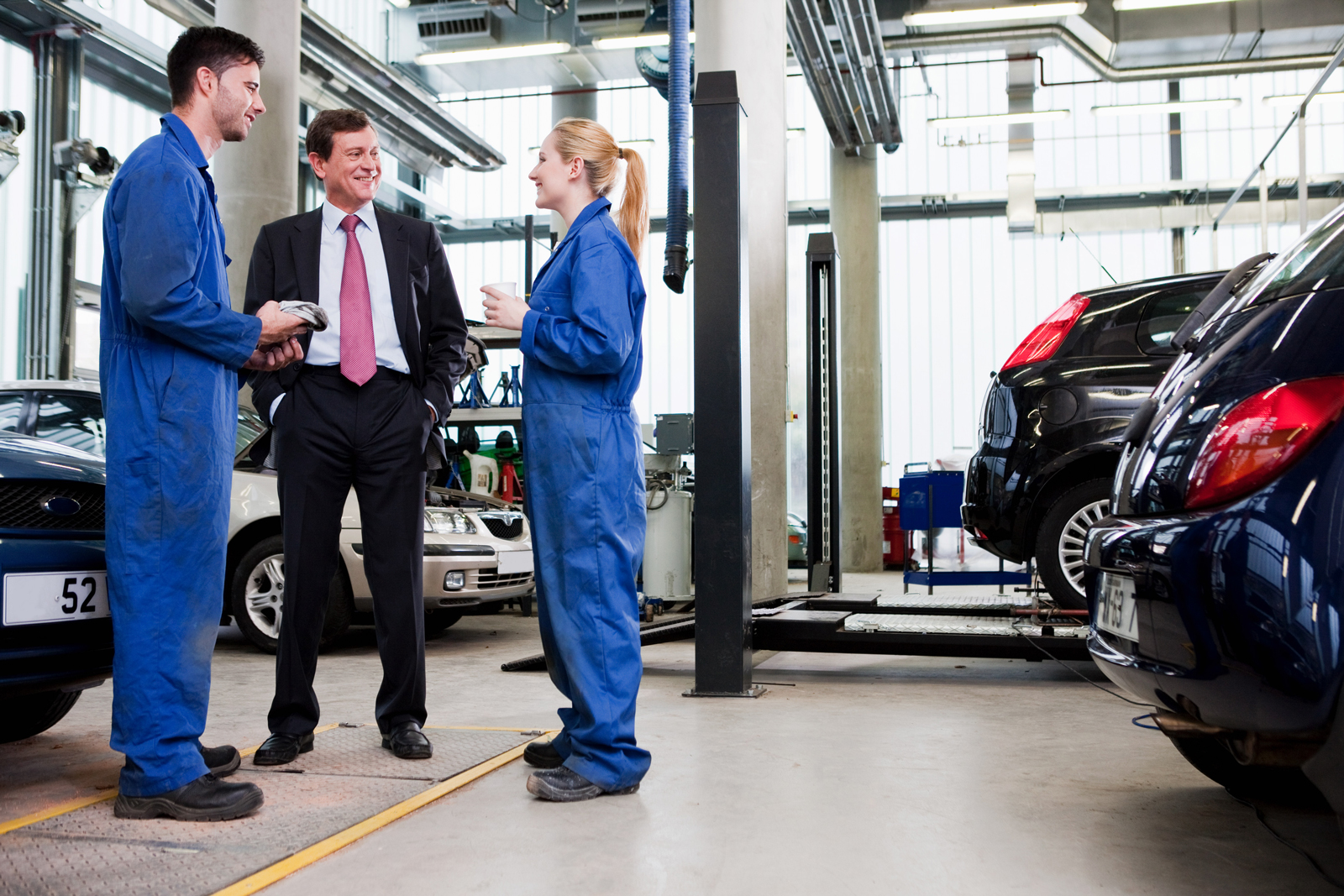 Not a new law, but it’s important you know what the ‘Dutch reach’ is and why it can prevent accidents.

In 2018, the government announced it was to review the Highway Code as part of an effort to keep cyclists and pedestrians safe on the road but we haven’t heard anything since. The merry-go-round in parliament might not have helped.

However, it’s reported that the British School of Motoring and AA Driving School are both adding the ‘Dutch reach’ into their lessons for new drivers.

But what is the ‘Dutch reach’? It’s a way of opening your car door which encourages you to look over your shoulder as you exit your vehicle, observing hazards such as cyclists and other road users.

This practice requires you to reach across your chest with your far-side hand to open the door, forcing you to swivel your upper torso.

If you should ever need to get out of your taxi to step into the road, make sure you’re using the ‘Dutch reach’ method of door opening. 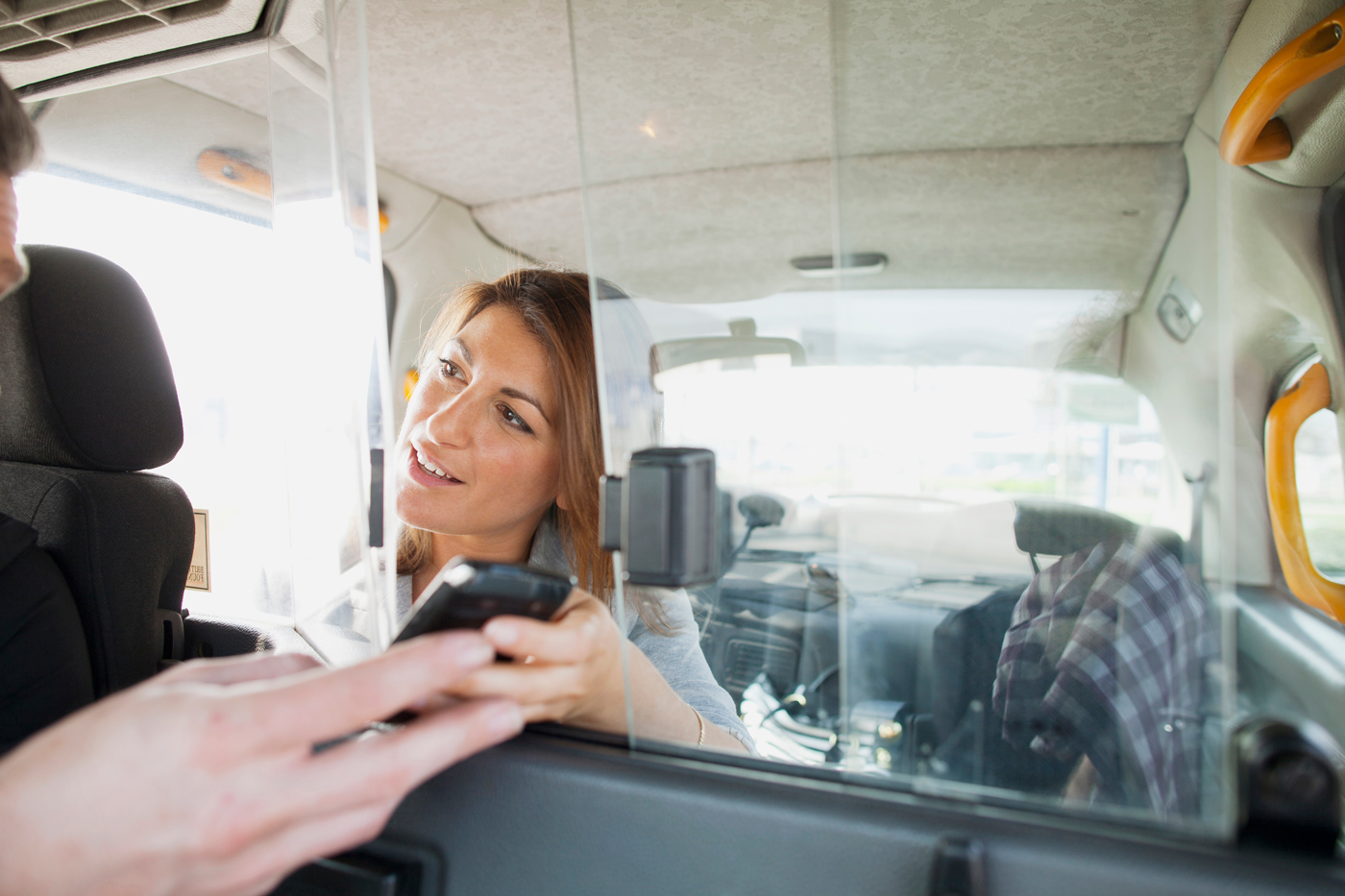 Arguably the most important part of your job as a taxi driver is how you deal with passengers.

While most passengers will be pleasant and enjoyable to transport, every now and again you’ll get a difficult customer. It’s crucial that you know how to deal with someone who, perhaps, isn’t on their best behavior.

So, make this an area that you try a bit harder to master this year. We’ve got a few tips for you to keep safe in the face of a potentially dangerous situation:

Taxi drivers should make a conscious effort to reduce their risk of being attacked or becoming a victim of theft. You shouldn’t have to go the effort of protecting yourself – everybody should be able to work without the threat of violence – but it’ll make you feel more secure as you go about your job.

Here are some of the measure you can take protect your safety:

The more cash you carry in your taxi, the greater the risk of robbery. If it’s possible, try to stow cash away out of the vehicle ideally – in a safe and secure place. If that’s difficult, the next best thing is a secure box in the taxi, which keeps cash hidden out of sight.

Installing a screen into the taxi would also go some way to protecting drivers from dangerous behaviour, by stopping passengers from being able to access the front of your cab. Lots of London black cabbies have gone to the effort of fitting a screen which can withstand heavy impact including knife penetration.

CCTV systems don’t come cheap, but their very presence in a taxi can make passengers think twice about their behaviour. Customers know that if they do act inappropriately they could potentially be prosecuted for it. If you’re worried about the cost, consider renting a CCTV system rather than buying one outright. 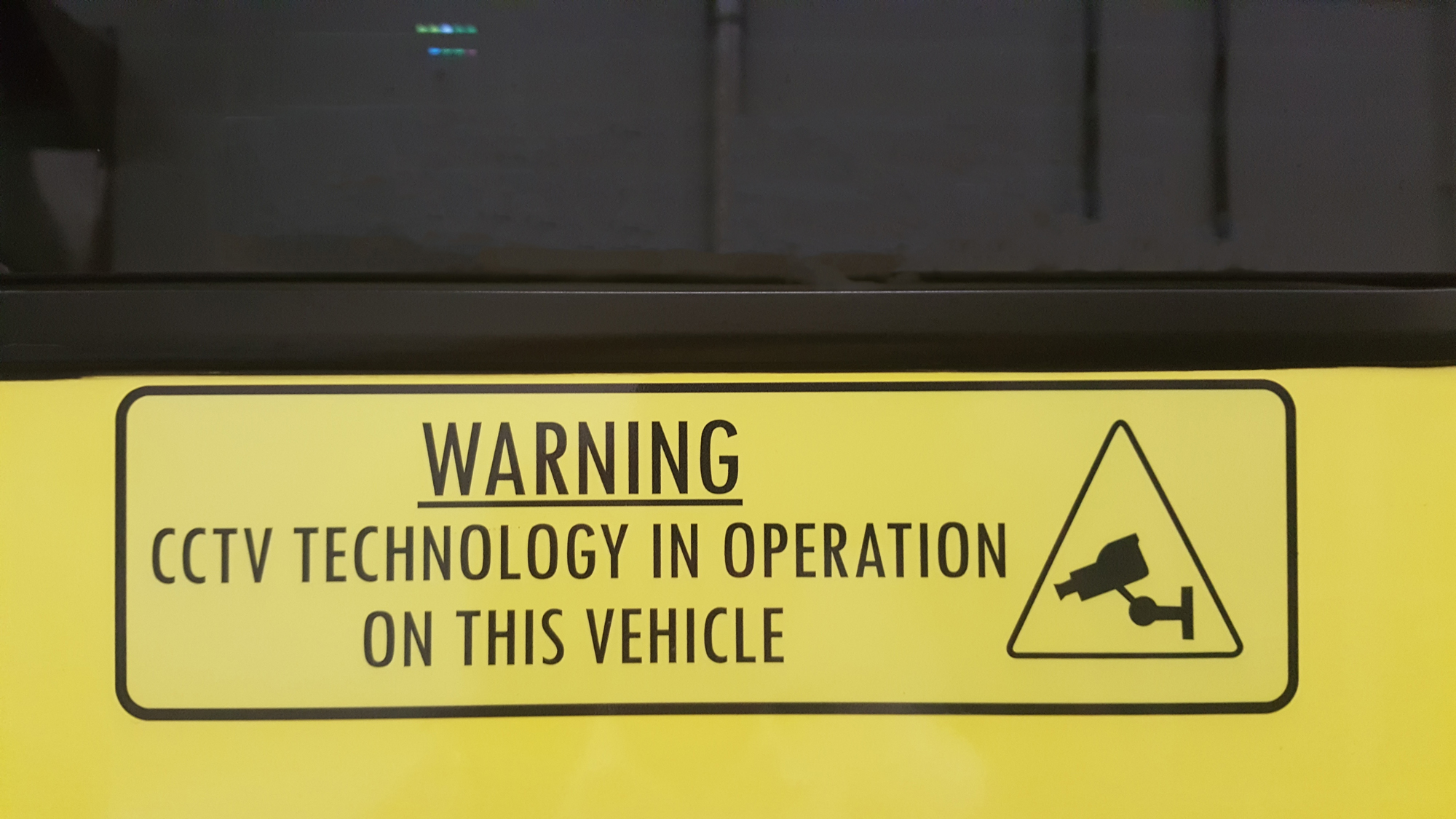 A wide-view mirror is another effective measure for deterring bad behaviour. By giving drivers a complete view of the rear of their taxi, they know exactly what passengers are doing behind them and aren’t caught unawares.

Fares are a prime source of dispute between a passenger and a driver.

That’s the very reason taximeters were introduced all those years ago – but that doesn’t stop some passengers believing they’re being overcharged. Agreeing the fare before you pull away can reduce the risks of violence over a fare dispute later, when you may be in a more vulnerable position.

Make it clear what your fares are by displaying them somewhere in your taxi.

Develop a relationship with the passenger

The best way of staying safe is to develop a friendly relationship with passengers; even the ones that get off on the wrong foot or appear like they could be trouble. So, try to find something that you have in common or, at the very least, discuss a topic that isn’t likely to erupt into a debate.

Keep your vehicle clean and tidy

Our final New Year driving tip isn’t so much about driving, but it will make getting from A to B more enjoyable for both you and your passengers.

We recommend giving your cab a thorough clean – both its interior and exterior – once a week. It’s probably the last thing you want to do on your day off, but it’s much more cost effective to clean your vehicle yourself each week rather than pay to have somebody do it for you.

To make your weekly clean an easier task, tidy as you go. Before stepping into the driver’s seat every day, check the back seat for any rubbish and crumbs, clearing it up accordingly.

You can probably get away with your car’s exterior being a little dirty from time to time, but people won’t accept the interior of the car being untidy. And nor should they. 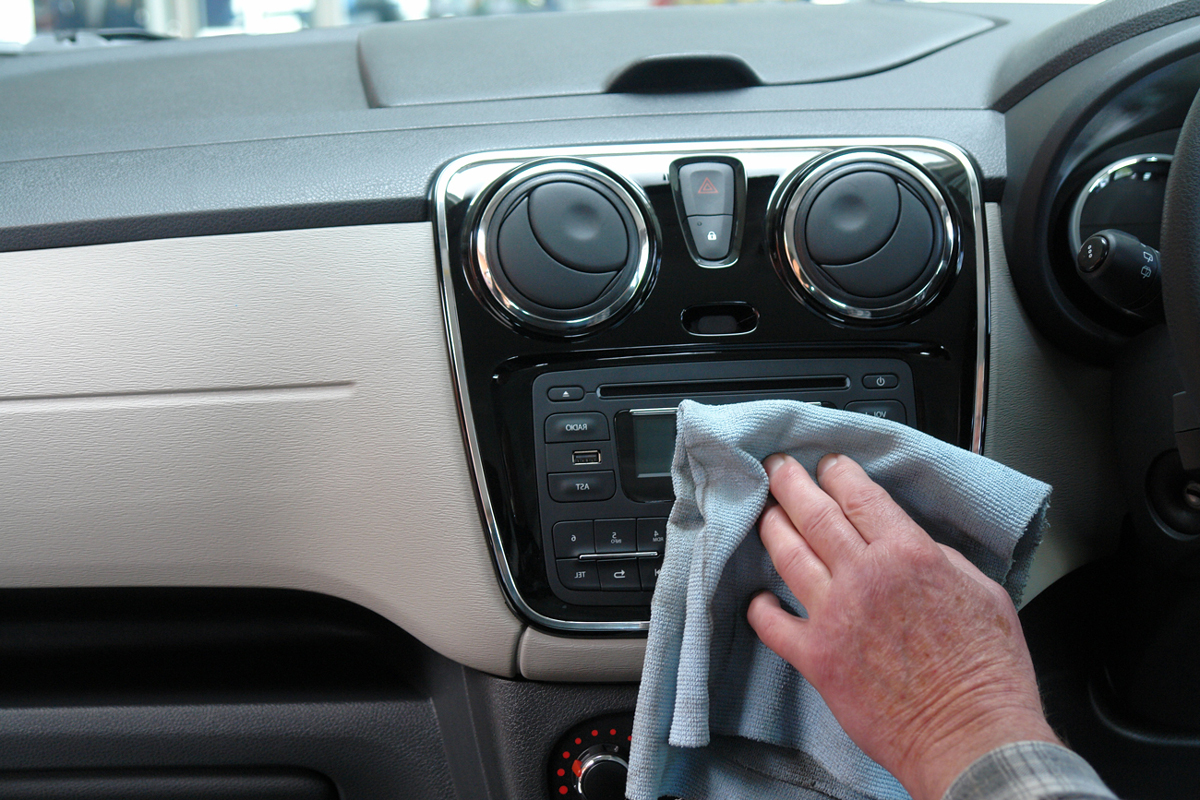 Get a taxi insurance quote

So there you have it – by following our tips, you can make 2020 your most successful year yet behind the wheel of your taxi. But you still need to ensure that you’re protecting yourself against those unexpected events* with adequate taxi insurance cover.

*That are covered under our policies