How will self-driving taxis impact the taxi business?

We’ve all heard stories of how the taxi industry is going through a rapid period of change right now. These changes are fuelled by technology – the increasing use of taxi-hailing apps like Uber and fleet management software which allows taxi companies to track how efficiently their cars are being run.

But there’s another area of turbo-charged technology that could potentially rewrite the rule book for taxi businesses – self-driving (or driverless) vehicles.

Just over a year ago, a self-driving taxi took passengers (who actually paid a fare) on a short journey across Tokyo city centre. It was the official unveiling of a service which its Japanese developers are hoping will be fit and ready to shuttle athletes and tourists around the sports venues and other locations during the Olympic Games in 2020.

In the UK right now, Car Hire giant Addison Lee and its tech partner company Oxbotica are working intensively to develop digital maps of more than 250,000 miles of public highways covering all of the Greater London area.

They will be so precise and detailed that the position of traffic lights, road signs and other street ‘furniture’ will be mapped, all in preparation for a planned rollout of autonomous cars in 2021. The longer-term objective is a bigger segment of the car services market and the market for connected autonomous vehicle technology, in particular, as economists forecast that this market could be worth £28bn in the UK by 2035.

What are self-driving cars?

Self-driving cars are classified as those requiring little or no intervention from humans. They use three types of technology to function – that is, to understand the scope of the surrounding environment and make the necessary adjustments using artificial intelligence. They use:

It’s important to define our terms and make a couple of distinctions. Firstly, a driverless vehicle is self-driving, but a self-driving vehicle isn’t necessarily driverless. Furthermore, an automated vehicle and an autonomous vehicle aren’t strictly the same thing.

A genuinely autonomous vehicle doesn’t need any external input at all. It can act completely independently, making decisions on routes and destinations, as well as specific ongoing tasks such as lane-changing and overtaking. And that doesn’t exist yet and may not for some time.

A self-driving car requires some external (human) vigilance. It is automated and can follow instructions processed by a machine inside it, but some human intervention may be required in certain circumstances.

It will be interesting to see how taxi fleet insurance is impacted by the introduction of self-driving cars. The Society of Automotive Engineers (SAE) has put in place a numerical classification scale which indicates to what degree a vehicle is automated, from level 0 for ‘not at all’ up to level 5, ‘full automation’.

The Alliance of British Drivers is an industry watchdog that frequently gives its opinion on issues like safety and its view is that, in 2019, not one of the vehicles currently being tested is anywhere near to exhibiting the reliability required for fully-autonomous operation.

Furthermore, the organisation seems pretty sceptical about the safety net of humans taking over in urgent circumstances – for instance, when the vehicle software malfunctions or cannot cope. 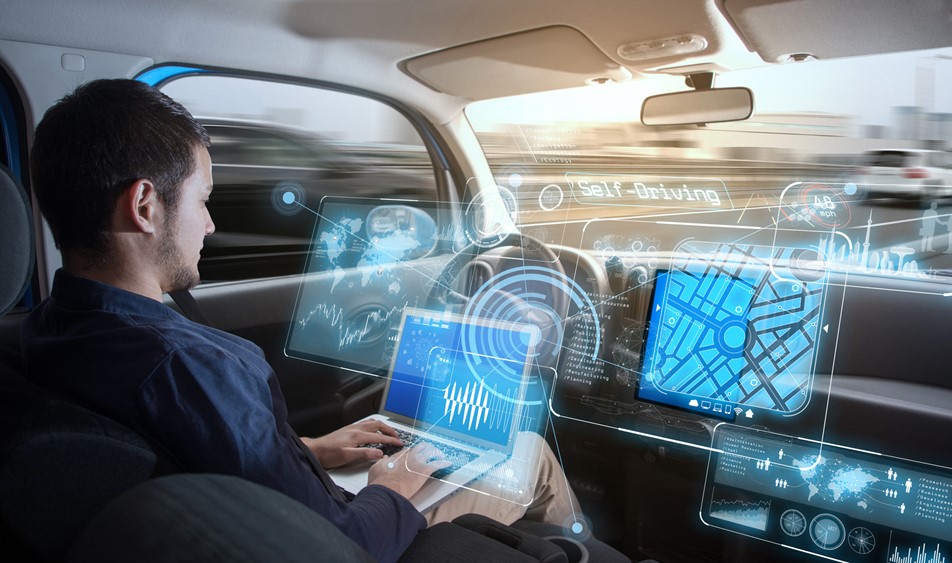 How much does it cost to build a self-driving car?

The simple answer in mid-2019 is a lot! We are basically adding on a list of highly specialised and expensive items to the retail price of the vehicle’s basic model.

This list of items gives an example of how the price is broken down.

• A short-range sensor will cost around £70.

• A normal-sized saloon fitted out as autonomous would use up to six radar sensors, with four short-range radars and two long-range radars fitted at the front and back of the vehicle.

• When it comes to a GPS system, forget using a basic model. What you’re looking at is 3-dimensional HD mapping with GPS customisations. That’s the best part of £5,000.

• The odometry sensor (which uses data to estimate a change in position over time to improve location accuracy) will set you back around £80.

Tesla is out to prove that a fully autonomous car is possible without using LIDARs (the costliest hardware on the list). Tesla and others believe that the use of cameras is faster and more cost-effective than using LIDARs.

The jury is still out on which of the two is more effective - while severe weather conditions like rain and snow can seriously affect the accuracy of LIDARs, RADAR doesn’t relay dimensions and sizes of objects as accurately as LIDAR.

Consequently, companies like Uber and Ford fervently argue that LIDAR is an absolutely essential component, as the data it provides is highly accurate and precise.

Incidentally, visit Tesla’s website and get a quote for a customised model and an orientative price for a higher-end model with added extras comes in at over £100,000 (‘autonomous ready’ in terms of software, but nowhere near autonomous right now).

Is using taxis cheaper than owning a car?

Received wisdom says that, up to a certain mileage, it is more cost effective to use, say, Ubers, than it is to assume the cost of running a car over an equivalent period.

That’s good to know, but bear in mind the non-measurable advantages to owning a car, most of which will always trump having to call a cab every single time you want to make a journey.

- Freedom - when and wherever I want as often as I want

- A large amount of storage space

- The personal privacy of being in your own vehicle

So, yes, you can save money by not owning a car, but take a good look at how it might affect your lifestyle, not only now, but in the future should your circumstances change.

This used car website produced a handy run-down of how to calculate the comparative cost of buying average car models over exclusively using an Uber-like service.

A used Toyota Prius and VW Golf are selected to compare the costs of owning and running them over four years. The items included are; purchase cost, resale value (after four years), fuel, road tax, servicing, MOT tests and insurance coverage. They also add a few speeding and parking fines just for good measure! 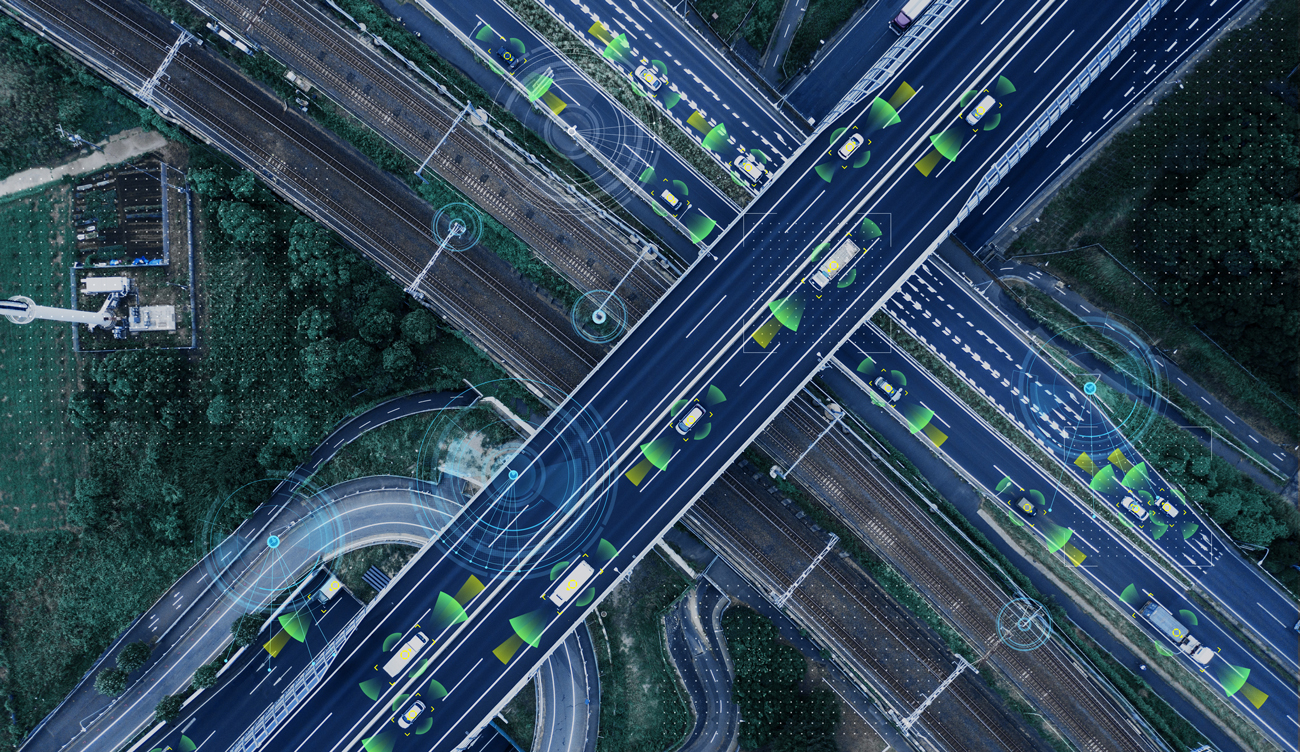 How will driverless cars impact the taxi industry and economy?

Moreover, in this brave new world, the Chinese already have a name for their Baidu-backed taxis of the future - “Robotaxi”. This sinister-sounding, algorithm-driven autonomous taxi service proves that changes are well on the way in how we use paid-for transport. Whenever it finally becomes the norm, it will already have impacted on many sectors, not only taxis.

As with many US cities, there isn’t much competition from public transport, so self-driving taxis could free residents and visitors from having to use their own cars, thus allowing them to do whatever they want during their journey.

The company is also looking ahead to launching autonomous minicabs in California next year.

German car giant Daimler is working on a joint venture with engineering company Bosch for a self-driving, ride-hailing taxi service in San Jose, California, by the end of 2019. They will be using a ‘hacked’ Chrysler Pacifica model and will use back-up drivers initially.

Nevertheless, the companies claim their vehicles will be driving themselves 99.9% of the time, allowing them to credibly make the claim of autonomy.

Self-driving or autonomous cars, whatever we call them, will be with us very soon and when we look at the fallout, there are highly positive aspects but also potential disruptions beyond the confines of the taxi industry.

Self-driving cars are going through extensive testing in restricted areas to ensure they are totally safe. That has to be the big question, as the technology being developed is still being refined and tweaked.

Road safety concerns are a factor we would all need to consider – the inevitable transition period means human-drivers and autonomous vehicles sharing the road.

Observations demonstrate that humans can confuse autonomous cars by double-parking, walking in front of them and not behaving entirely logically. Would self-driving vehicles be able to respond to such real-life randomness?

We’ve already seen driverless cars cause fatal accidents, which, apart from the moral question, raises insurance issues – who is ultimately responsible? The car owner or the manufacturer?

Developers are erring firmly on the side of caution, especially when it comes to the software and algorithms. Systems need to be robust enough to deal with the subtleties and nuances of the real-world highway.

Many car accidents are caused by human error and since self-driving cars won’t drive drunk, send texts, get distracted or plough through red traffic lights, they should be safer than human drivers, but that doesn’t necessarily mean they’ll avoid them if blind-sided in a sudden collision.

How much does an autonomous vehicle cost?

Driverless vehicles sound like a smart idea, but realistically, they’re not likely to be affordable for some time. Here’s a market forecast as to how they might impact things in the future.

It’s estimated that self-driving vehicles will add around $100,000 to the cost of a car, but the price depends on how autonomous they are and, of course, the brand.

The ins and outs of self-driving car insurance still haven’t been addressed in full, but when the situation clears, presumably it will cover issues such as illegally altered, counterfeit or outdated versions of the software.

As we mentioned before, insurance may well need to make a distinction between situations where a human is driving the car and when it is driving itself.

Self-driving vehicles will hopefully mean safer roads and fewer accidents, with the happy outcome of lower insurance premiums. But it’ll be quite a while before we reach that scenario.

In the meantime, you need to make sure you have the most suitable taxi fleet insurance coverage for your fleet of taxis.

Taxi fleet insurance is our speciality, so get in touch with us and we’ll advise you on what fits your needs best.

Get a quote today.