Taxi driving is a serious business, but it has a fun side to it, too.

We’ve brought some of the fun facts about taxis together so you don’t have to. Do what you wish with these factoids – if nothing else, they could make good conversation starters when you’re struggling for something to say to passengers!

Before we get into the fun stuff, a timely reminder to ensure you’ve got some comprehensive taxi insurance in case of those less-than-fun incidents you might experience while out on the road.

Here at Taxi Insurer, we can help you find a taxi insurance policy that suits your needs and we can work out a payment plan to make your payments manageable alongside all your other business expenses.

Who made the first ever taxi?

The word ‘taxi’ derives from taximeter, which was – and still is – the name of the device that shows you the fare for your journey.

That particular device was invented by Friedrich Wilhelm Gustav Bruhn in Germany in 1891, but it wasn’t until six years later that the first taxi with a fully functioning meter was in operation.

German engineer, industrial designer and industrialist Gottlieb Daimler was the first person to build a meter-equipped (and gasoline-powered) taxicab, called the ‘Daimler Victoria’.

In the same year (1897), the Daimler taxi was delivered to a man named Friedrich Greiner, a German entrepreneur who then started the world’s first motorised taxi company.

Fun fact: Daimler’s company – which registered ‘Mercedes’ as a trademark in 1901 – went on to merge with Karl Benz’s company to become Daimler-Benz in 1926 – the company that we have eventually come to know as Mercedes-Benz today.

How did people get about before taxis? 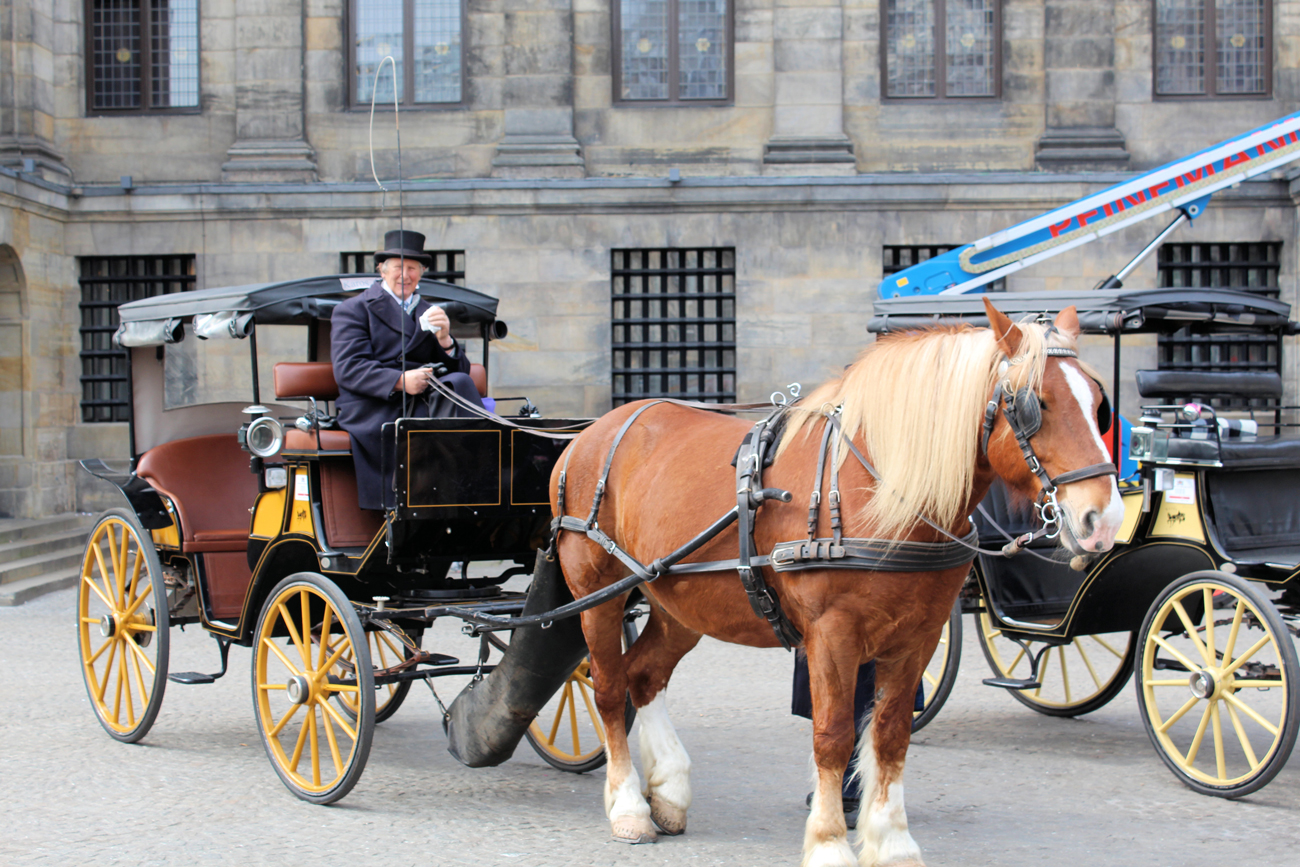 You could argue, however, that the concept of a ‘taxi’ pre-existed the 1800s. Even before the invention of the car, the practice of vehicles for public hire was alive and well.

The first documented public hackney carriage service was in operation in London in 1605.

By 1625, things had become a little more professional – carriages were made available for hire from innkeepers in London, and the first taxi rank is said to have appeared on the Strand outside the Maypole Inn in 1634.

The Hackney Carriage Act, introduced in 1635, was the first actual legislation that controlled horse-drawn carriages for hire in England.

Fun fact: The law was brought about by King Charles I, who was said to be concerned about congestion in the capital. With that, he issued a proclamation restricting the number of hackney coaches to 50 and preventing them from carrying passengers less than three miles.

Additional legislation to regulate hackney-coachmen in London was passed by Parliament in 1654 in response to the “inconveniences” and “irregularity” of coach drivers in the central London area.

The first hackney-carriage licences were issued in 1662.

What was it like travelling in a horse-drawn taxi?

Captain John Baily, who was the first person to come up with the idea of a taxi rank in 1634, was known for managing a professional outfit.

He ensured his four coaches, put to work on the Strand, were manned by coachmen who wore a specific uniform and charged set prices for each journey – very professional!

By the 1760s, there were around a thousand licensed taxis on the streets of the UK. However, not all of them were run to the same standard.

Some were given the nickname ‘hackney hell-carts’ because of the bad behaviour of their drivers and the often poor quality of the coaches themselves.

Thankfully, things improved somewhat in the 1800s as technology advanced.

Fun fact: In the early 1800s, a two-wheeled ‘cabriolet’ carriage – a term which is still used to describe cars with convertible roofs today – from France was introduced on British roads. Cabriolets were faster and more agile than earlier four-wheeled coaches, while they could also be pulled by a single horse to reduce congestion. 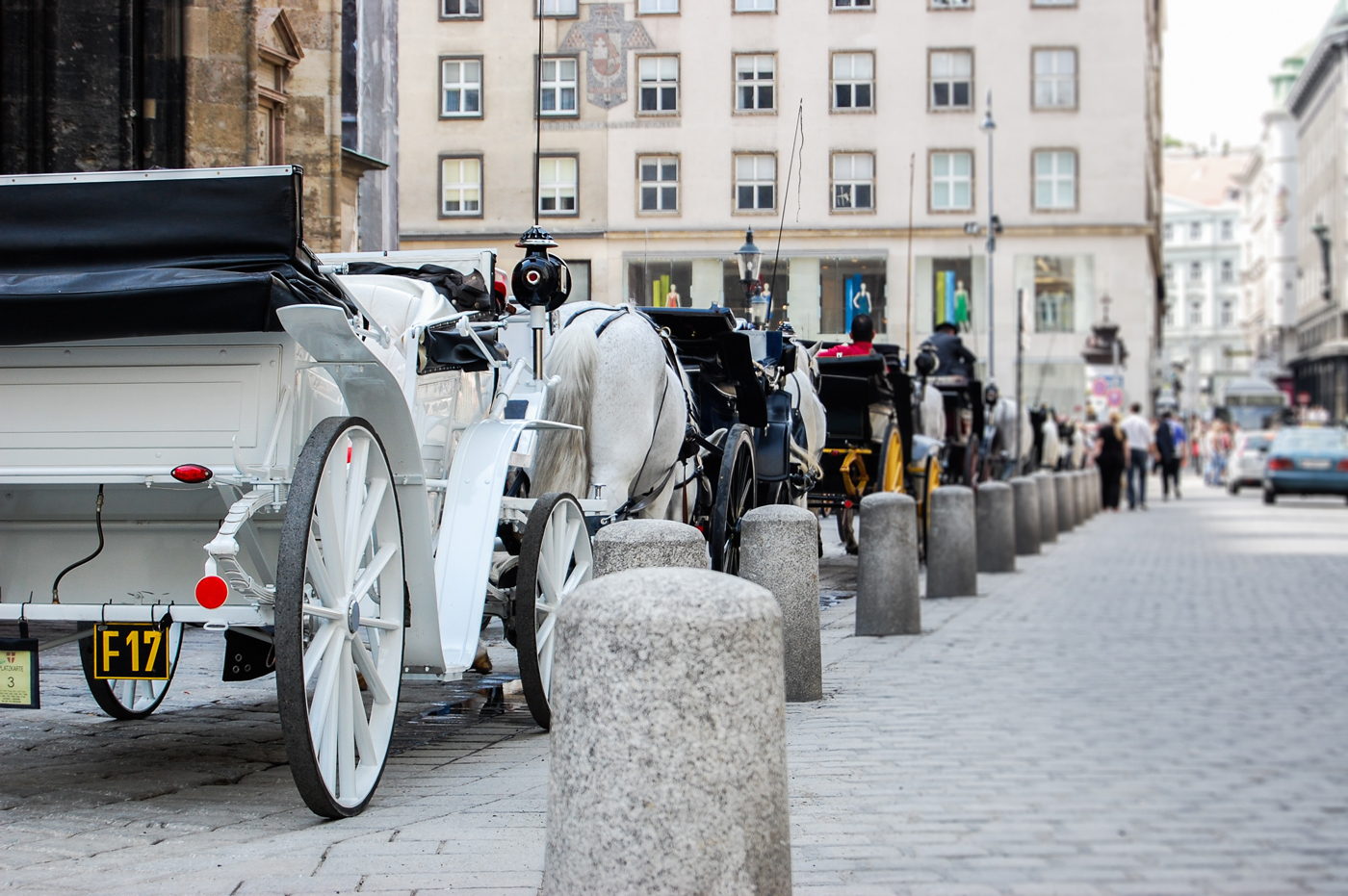 When was the first motorised taxi used in the UK?

Fun fact: Did you know that the first motor cabs were electrically powered? Designed by Walter C. Bersey, 50 ‘Berseys’, as they were known, took to the streets of London, but would only last three years – in 1900, they were taken off the streets for being too costly and too unreliable.

It wasn’t until 1903 that the first petrol taxis were introduced into the capital city.

Imported from France, these carriages officially became known as taxis around 1906 when the fitting of taximeters to display fares was made compulsory.

The taxi trade exploded in popularity hereafter, but it wasn’t all smooth running.

Industrial action by cab drivers in 1911 was the first thing to seriously challenge the industry, which was quickly followed by another major issue in 1913 –  fuel shortages – before the outbreak of both the First and Second World Wars threatened to decimate the trade with the majority of drivers being called up to serve in the army.

Why are London taxis black?

The iconic black London taxi has lots of competition today – not least from Uber – but it’s still the omnipresent vehicle on the capital’s roads. Today, you’ll see around 21,000 black cabs in London, licensed by the Public Carriage Office.

Fun fact: The reason that they are black is very simple – because that was the standard factory colour, so they were cheaper!

The Austin FX3 – with its characteristic silhouette and the orange roof sign – was first manufactured in 1948 and has set the tone for the general proportions of all black cabs since.

In 1958, the FX3 evolved to become the FX4, which still serves as the basis for the modern TX4 models.

Probably the most famous of all London taxi designs, the FX4 proved so popular that it remained in production for nearly 40 years, and it’s not uncommon to still see original FX4s on the road today.

Since 1948, Carbodies in Coventry, the company which built both the FX3, FX4 and its successor models, has produced more than 130,000 black cabs, with the majority going straight to work in London.

The latest iteration of the black cab is the LEVC TX.

Here’s what Auto Express says about it: “It’s smooth, quiet and comfortable and has many modern touches commuters need. But if you’re a cabbie the transformation from old TX4 to new TX is unbelievable. It drives much like a modern hybrid SUV and won’t make cabbies feel like second-class drivers anymore.” 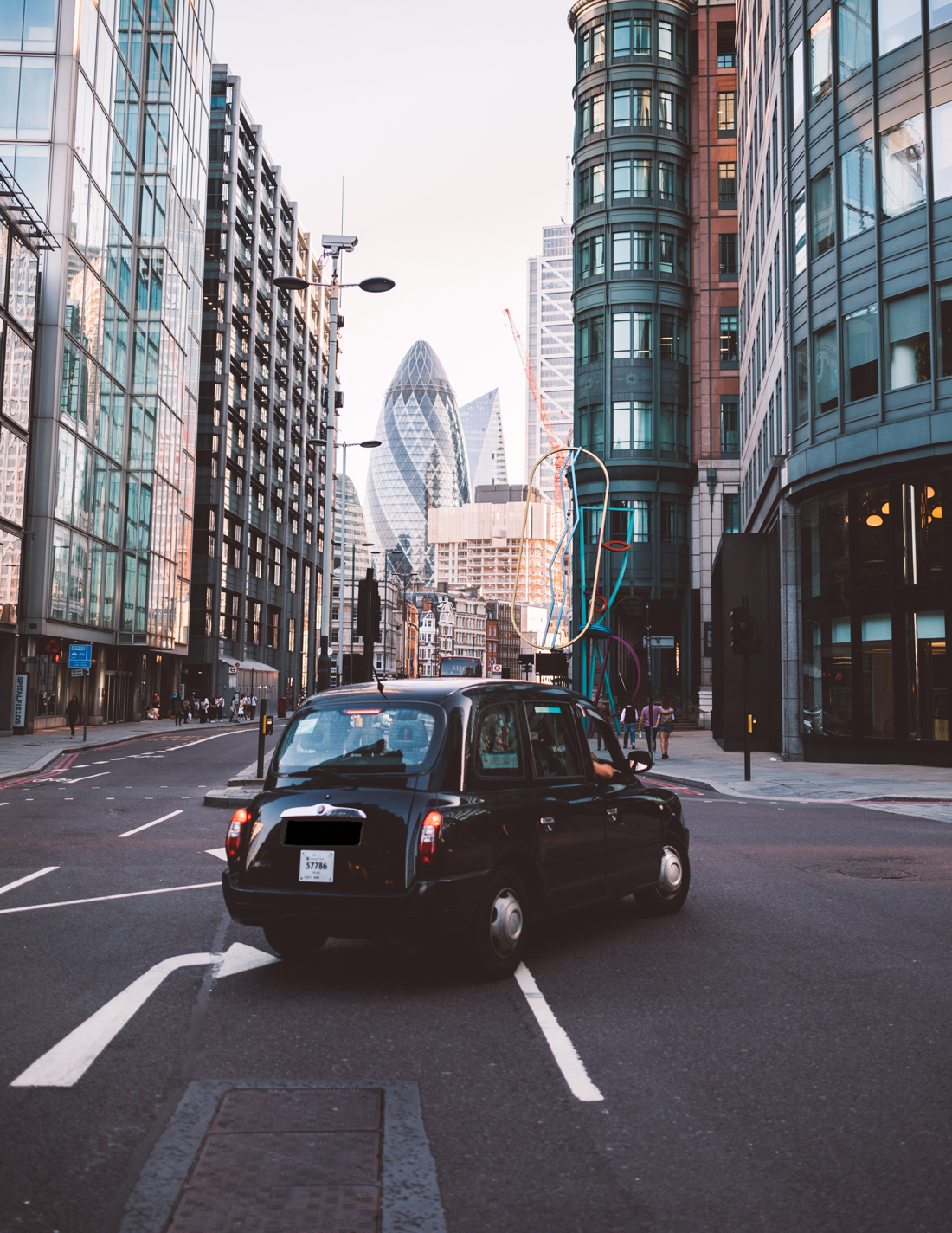 Why are New York taxis yellow?

It’s not only London that has a tendency to keep its taxis the same colour. If you’ve ever been to the Big Apple, or seen it on the big screen, you’ll know that all the taxis are yellow over there.

It was decided in 1967 that all NYC cabs should be painted yellow so they would easily stand out from unofficial vehicles.

However, the origin of the yellow taxi goes back further than that. In 1908, Albert Rockwell went travelling his wife Nettie.

As they travelled throughout Europe, they noticed the prominent role played by taxi transportation.

Upon returning home, Albert decided to start his own company. When his wife suggested painting the fleet yellow, her favourite colour, he liked the sound of the suggestion.

Rockwell incorporated the Yellow Taxicab Company in 1912, with Robert C. Watson and William M. Lybrand and that’s when the yellow colouring really took off.

The company tried to trademark the colour yellow to stop competitors copying them and masquerading as Yellow Taxicab Co. and took the matter to court.

The New York Supreme Court ruled that the company couldn’t have an injunction to stop other taxicab owners from painting their vehicles yellow, but it did stop others from implying they were operated by the Yellow Taxicab Co themselves. 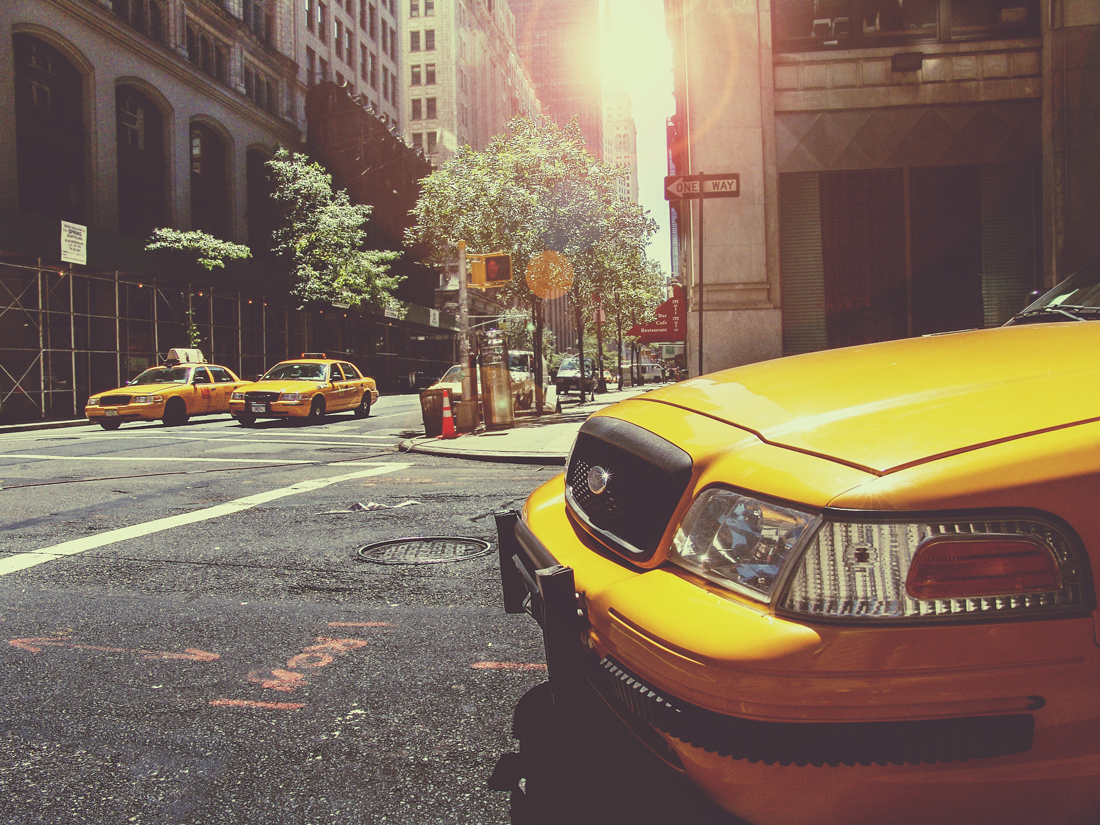 How many taxi drivers are women?

Female taxi drivers are still few and far between.

An interesting interview conducted last year by TimeOut with one of London’s female black cab drivers gives an insight into why the numbers might still be so low.

Karen Spates said she grew up “fascinated” by the stories of black cab drivers and the prospect of learning the Knowledge, but her parents “frowned upon” the idea of her becoming a cabbie.

Accepting her parents’ concerns, she took a job in insurance. But after being made redundant, she said she sought out “the career I had really wanted all along”.

However, after passing the infamous Knowledge test in 2012, she has encountered a number of gender-specific challenges on the job.

“Working nights has a darker side,” she explained. “Lots of men have offered to “get in the back” with me and show me a good time because they can’t pay. I laugh it off as best I can: at least they can’t get me at the front. One guy offered me £500 to sleep with him and pushed the cash through the glass. When I got to where he was going, I called two British Transport Police over to get him out.”

But she says these incidents haven’t put her off and says taxi driving is a “brilliant” career for women. Hopefully we’ll see lots more female cabbies coming into the taxi trade in the next decade.

How long does it take to learn the Knowledge? 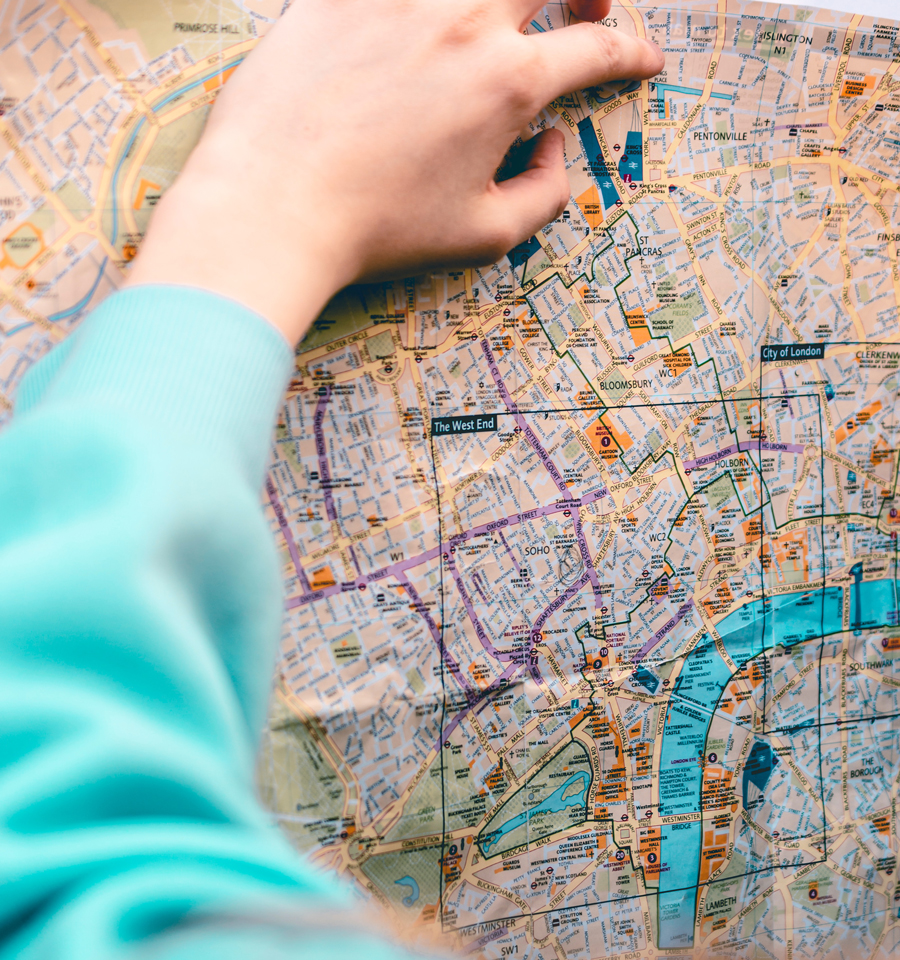 If you want to drive a black cab in London, you have to pass the ultimate memory test – the Knowledge of London.

Driving around the nation’s capital, no two days are the same – you could be up in Hampstead Heath one minute and down in Dulwich Village the next! And there are around 25,000 streets that drivers have to remember in order to earn the right to sit behind the wheel.

Fun fact: TfL suggests it takes three to four years to properly master the Knowledge, as it requires you to accumulate an encyclopaedic knowledge of the streets and places of interest in London.

Introduced in 1865, the Knowledge is regarded by many people as the world’s toughest taxi test, due in large part to the capital’s complicated and sprawling road network.

TfL cites the following as vital resources for learning the Knowledge:

If you’re sitting the Knowledge in London, you’ll be invited to attend a talk with other successful candidates, where you will receive advice from a Knowledge of London examiner about the different stages of the test and the best way to go about cramming all those street names and routes into your head.

To drive a taxi, you’ll need to take out specialist taxi insurance to meet your legal obligations as a road user as ordinary car insurance won’t be valid.

Protect your taxi and get a quote today.