When you’re spending all day in the car as a taxi driver, it’s important to look for ways to make driving quicker, simpler and more fun. With the plethora of great smartphone apps now available, journeys need not be long, traffic-heavy voyages with nothing but commercial radio to keep you entertained.

However, with so many apps on the market, sometimes it can feel like a chore taking the time to find the ones which will add value to your life. That’s where we come in – bringing you the best apps that are available to professional drivers.

In this article, we’ll highlight the apps that will help take the stress of your job, get you home on time and even spark a conversation with your customers.

All of the following apps are free to download, so what have you got to lose? Spend a bit of time with them and you’ll soon see how they can make a positive difference to life on the road.

A word of warning

Before we launch into the best apps for professional drivers, however, we need to give you a quick safety warning.

As you’ll already be well aware, it is illegal to use a smartphone while driving. The laws about using a phone behind the wheel came into force back in December 2003, and from 2007 drivers were given three penalty points on their licence and a fine (£60 at first, then £100 from 2013) if they were caught.

But from 1 March 2017, the penalty doubled. If you’re caught using a mobile phone while driving today, you could find yourself with six points and a £200 fine. It can also have big implications for your taxi insurance premiums.

A few drivers caught using their phone behind the wheel have managed to get off lightly due to a loophole in the law.

They argued they weren’t using “interactive communication” and therefore the charge should be ‘driving without due care and attention’ – a charge that carries a lesser penalty than the six points and £200 fine for mobile phone use.

However, the Department for Transport (DfT) is updating the law to prevent hand-held phone use in any capacity while driving. So, that means you could be charged and fined for trying to change the music or diverting your sat nav to avoid traffic.

In 2018, there were 683 casualties on UK roads – including 29 deaths and 118 serious injuries – in crashes where a driver using a mobile was a contributing factor, according to Ministry of Justice data.

The data also revealed that more than 13,000 motorists are convicted over mobile phone offences annually.

The current £200 fine and six penalty points is not what many people would deem ‘soft’. But there have been calls for or driving while using a mobile to be treated the same as drink driving, stressing that it has been shown to cause a high number of deaths.

What is your opinion on whether the offence should be dealt with more severe punishment?

We’ll leave you with that thought and move on to highlighting the best apps available to taxi drivers right now.

For the music lovers

Where do you sit in the debate on radio versus CD? Some people think you shouldn’t inflict your music tastes on your passengers, but we don’t agree.

Your car, your music, we say! While it’s a good idea to steer clear of music with any offensive language in it – sorry Stormzy fans – the majority of customers will understand if you want to play something from your personal collection.

After all, there’s no better time to discover a new album – or rediscover an old one – than on the road, when you are alone with your thoughts… or a passenger, of course.

On the Spotify app, you’ll find everything from AC/DC to The Zutons. Famously, The Beatles refused to make their music available for streaming on Spotify for years.

But in 2016, the two parties struck an agreement. In the days that followed, the band set the record for the most simultaneous streams in the service's history.

While the app is free to download, you’ll need to buy a Premium subscription if you want to download music to listen to offline in your car. The subscription also removes the ads that you get with a free account.

As well as music, Spotify has lots of incredible podcasts for your listening pleasure. With Spotify for company, that time spent waiting for your next customer no longer feels like forever.

For the binge watchers

Speaking of that time in between trips, there’s nothing stopping you from watching TV while you’re waiting at the rank for a passenger. The content on Netflix is growing by the day, so you’ll never be short for things to catch up on.

Why not start a new TV show or watch the latest movies? Obviously, it’s important you stay within the law at all times, but as long as you’re stationary and off the road you shouldn’t find yourself in trouble.

Why not step out of the cab and stretch your legs at the same time?

For the congestion dodgers

If the idea of sitting in traffic is your worst nightmare, you’re probably in the wrong job… Not really! Nobody enjoys seeing the sight of stationary traffic, however as a taxi driver you probably see more of it than most.

Google Maps is pretty good at picking up on traffic and offering an alternative route. But Waze is probably the best for dodging congestion.

It provides information of active traffic conditions and offers real-time route updates. So, if the usual route you’d take to drop a passenger off is congested, Waze will alert you so that you can go in a different direction.

Waze is powered by crowdsourced data supplied by its users. It highlights speed cameras, accidents and other things that might have a negative impact on your journey time.

Not only can it potentially save you time (and money by flagging up those speed cameras), your passengers will benefit, too, as you’ll be delivering them at their destination that bit sooner.

If you don’t want to use the sat nav side of the app, we’d understand – nobody knows your area better than you do. However, for traffic updates, nothing beats Waze.

For the fair weather drivers

It’s always good to know what weather system you’re going to up against before you start the day.

If there’s going to be a storm, it might pay to be situated in built-up areas as people might be less inclined to wait for a bus or walk knowing that they’re going to get soaked.

Bad weather can also significantly extend a journey – and increase the fare for the passenger – so you need to factor it in before setting off.

As far as apps go, BBC Weather’s offering is about as good as it gets. The forecast is regularly updated, so if the outlook changes, you can change your plans accordingly.

The app’s attractive user-friendly interface even lets you see the weather where you are, down to an exact postcode.

For those who hate bad drivers

Some of us are more tolerant of bad drivers than others. If you find yourself getting wound up by motorists who show a complete disregard for their fellow road users, capturing them on camera might make you feel a bit better.

Before you start searching for dash cams, did you know that you can turn your smartphone into an in-car video?

The Smart Dash Cam app converts your phone into a dash cam, by using its camera. All you need is something to mount it to your windscreen.

With Smart Dash Cam you can specify how you want each recorded loop to last, so it won’t use up too much of your phone’s memory.

It’s all about safeguarding your experience on the road. Plus, it’s nice to be able to show friends and family some exact footage when you tell them about the terrible driver you ran into on the road.

So you don’t drain your phone battery, plug it into the USB slot in your car (if it has one). This might mean investing in a longer cable. But be careful not to block your vision of the road with the phone.

For the cheap petrol hunters

Fuel is one of a taxi driver’s biggest outlay (unless you drive an electric car, of course). So, there’s a clear incentive to ensure you’re filling up with the cheapest fuel available.

You know how it is. You’ll fill up at one fuel station only to pass another one two miles down the road that’s a few pence cheaper.

While a few pence won’t make much difference on a single transaction, over the course of the week it can really start to add up!

So, how do you ensure you’re filling up at the best priced fuel stations? By using the PetrolPrices.com app, that’s how. It does what it says on the tin. Simply log in and you’re presented with the prices on 98% of the UK’s fuel forecourts.

You should never go out of your way for cheap fuel – that’s a false economy. However, if you can incorporate a fill-up on route to picking up a passenger, it makes financial sense to do so.

Check the app before you begin your day to see the cheapest prices and plan your route accordingly.

For the motorway drivers

Motorway Buddy has been designed for lorry drivers – offering a complete guide to all of the truck stops that operate in the UK – but it has its uses for taxi drivers who do a lot of motorway driving, too.

Should you have to make a stop to refuel – be that your vehicle or your stomach – Motorway Buddy provides a guide to all of the petrol and service stations such as the facilities available.

So, you’ll never go hungry again while on the road – or, perhaps more importantly, never run the risk of running out of fuel in the middle of nowhere.

The app also provides a real-time view of all incidents on the roads of the UK, as flagged by the Highways Agency. 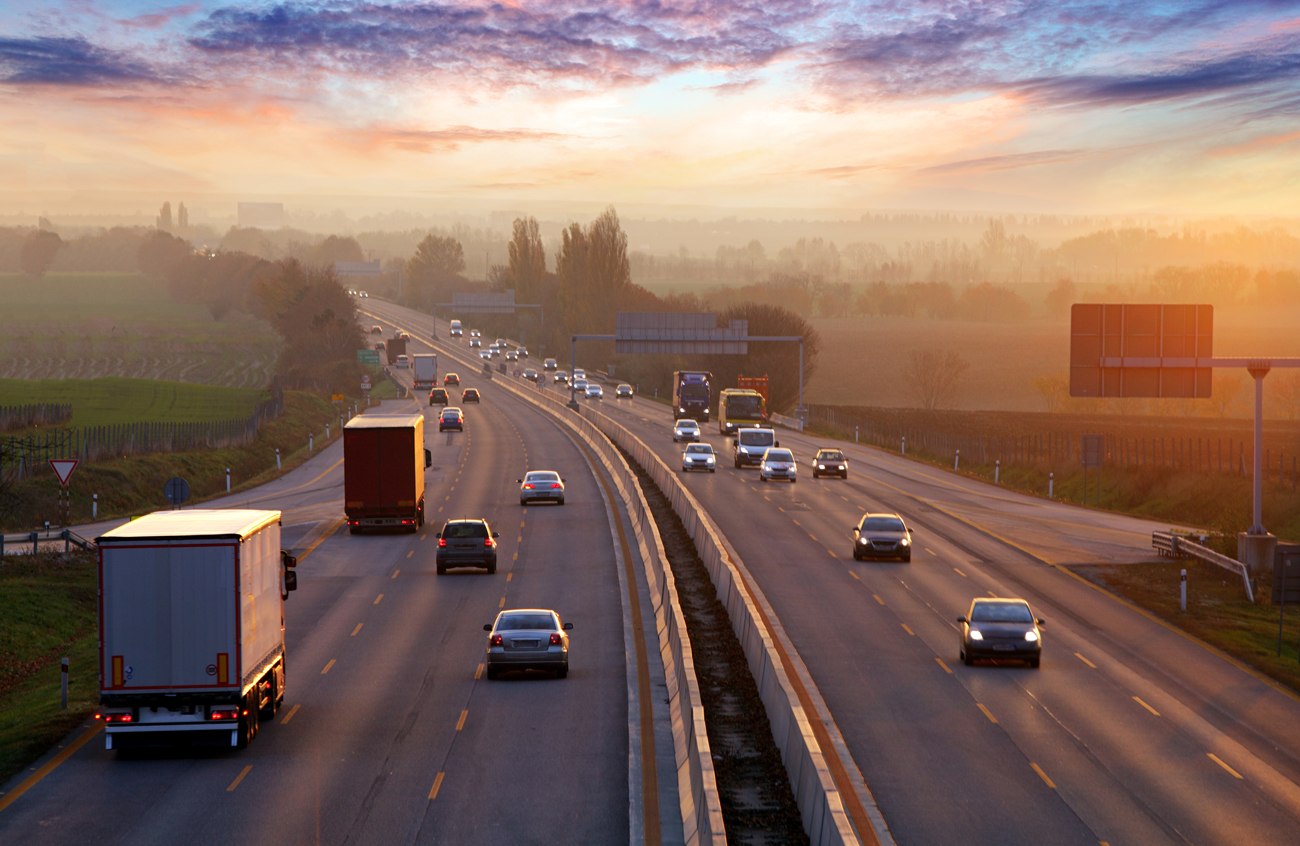 For the creative types

Finally, an app for those taxi drivers who have a creative side. Being out on the road all day, opportunities to be creative are seriously lacking.

However, it’s not impossible. You’ve just got to embrace the quieter moments when sitting around waiting for your next fare.

If you find drawing relaxing, download the Adobe Photoshop Sketch app, which allows you to be an artist on the go. You’ll be amazed at what you can create with the app, drawing on resizeable canvases.

When you head home and someone asks you “How was your day?” you can show them what sketches you have been working on, as well as describing some of the more interesting customers that you’ve transported over the course of the day.

So, there you have it. Eight apps that we hope you’ll find useful as you go about transporting passengers around the UK. Here are all the apps in one place if you need a quick reminder:

Get taxi insurance to maximise your income and minimise risk

To drive a taxi you’ll need to take out specialist taxi insurance to meet your legal obligations as a road user, as ordinary car insurance won’t cut it.

With Comprehensive, Third Party Fire & Theft, and Third Party Only cover available, get a quick quote for taxi insurance today.

Call our friendly team with your registration number and driving licence and find the cover that’s right for you.