A taxi driver’s guide to e-scooters

If you’ve been driving your taxi in any of the UK’s major cities of late, it’s highly likely you’ll have come across someone whizzing along on a nippy, little e-scooter. If you’re wondering why they’ve become so popular and what you need to know about these new arrivals, then read our guide to e-scooters below.

It’ll give you the lowdown on e-scooters, the legalities, the dangers and some safe driving tips to ensure no accidents happen. After all, a crash involving such a vulnerable road user doesn’t bear thinking about!

Having the right insurance for a taxi fleet in place is a vital part of keeping your cars on the road and will protect you, your vehicle and other road users. Give Taxi Insurer a call to discuss your options – we’re bound to have cover to suit your needs and budget.

What is an e-scooter and why are they so popular?

An e-scooter is similar to a normal two-wheeled kick scooter except it’s powered by a small on-board electric motor. With their light, foldable design they’re very portable and often more convenient to use than a bike, for those looking to make short journeys.

E-scooters let riders quickly and effortlessly get from A to B in style without putting in anywhere near as much effort as they would walking or on a normal bike. They’re also a fun way to travel around and don’t take up too much space at home or at work.

Over recent months, and in particular since the COVID-19 pandemic took hold, they’ve become increasingly popular. With people being warned off mixing with other commuters, many believe this solo mode of transport is a safer alternative to busy buses and trains.

And being powered by electricity means they’re also being viewed as an eco-friendly alternative to travelling by car, appealing to the environmentally conscious traveller.

However, e-scooters don’t come cheap. Top-of-the-range models can stretch far beyond the £1,000 mark. While more affordable models for adults can drop as low as £250, but they’ll have a less durable frame and minimal suspension.

The more expensive e-scooters should be able to travel a far greater distance between charges. According to consumer magazine Which? the highest claimed range for an e-scooter is 28 miles, while the lowest claimed range is 7 miles. 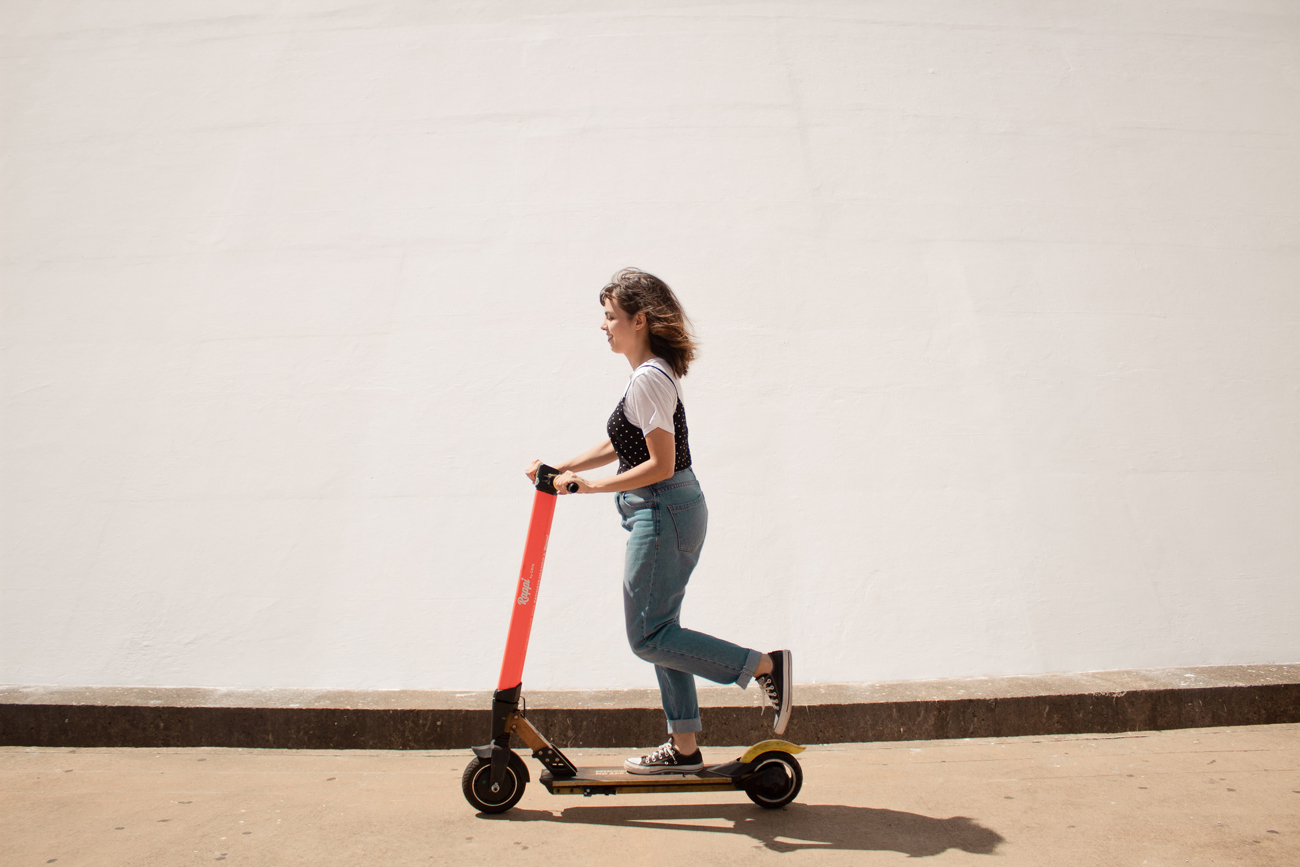 Are e-scooters legal in the UK?

Strange as it may sound, while a person can currently buy one of these expensive items, they can't actually ride it on a UK public road, cycle lane or pavement. If they do so then they’re committing an offence.

Legal experts warn they could be fined £300, get 6 penalty points on their licence, or have the e-scooter confiscated! Indeed, the only place you should see such a privately-owned e-scooter ridden is on private land, with the permission of the landowner.

This is because, under current motoring laws, an e-scooter is classified as a Personal Light Electric Vehicle. This means they're treated as motor vehicles and are subject to all the same legal requirements including MOT tests, tax, licensing and construction requirements. So, because they don't have visible rear red lights, number plates or the ability to signal, they can't be used legally on the road.

The reason why you’re now seeing so many e-scooters on the roads is not because of a sudden outbreak in lawlessness. But rather because new rules were introduced last year to allow rental e-scooters in certain cities and towns.

While you may feel e-scooters seem very similar to e-bikes – the laws covering e-bikes don't yet extend to e-scooters. Although the UK government has plans to regulate them in a similar way in the future.

What are the new rules on e-scooters and where are you likely to see them?

In July 2020, the government published new rules and guidance to allow the use of rental e-scooters on some UK roads on a trial basis. The trials are designed to enable the UK government to assess whether or not e-scooters could:

Under these Department for Transport (DfT) rules, one-year trials of e-scooter sharing schemes are taking place in the following urban areas:

E-scooters will also be coming to the capital’s roads in June 2021, when trials start in London – something for black cab drivers to look out for.

These rules don’t change the restrictions on privately-owned e-scooters. 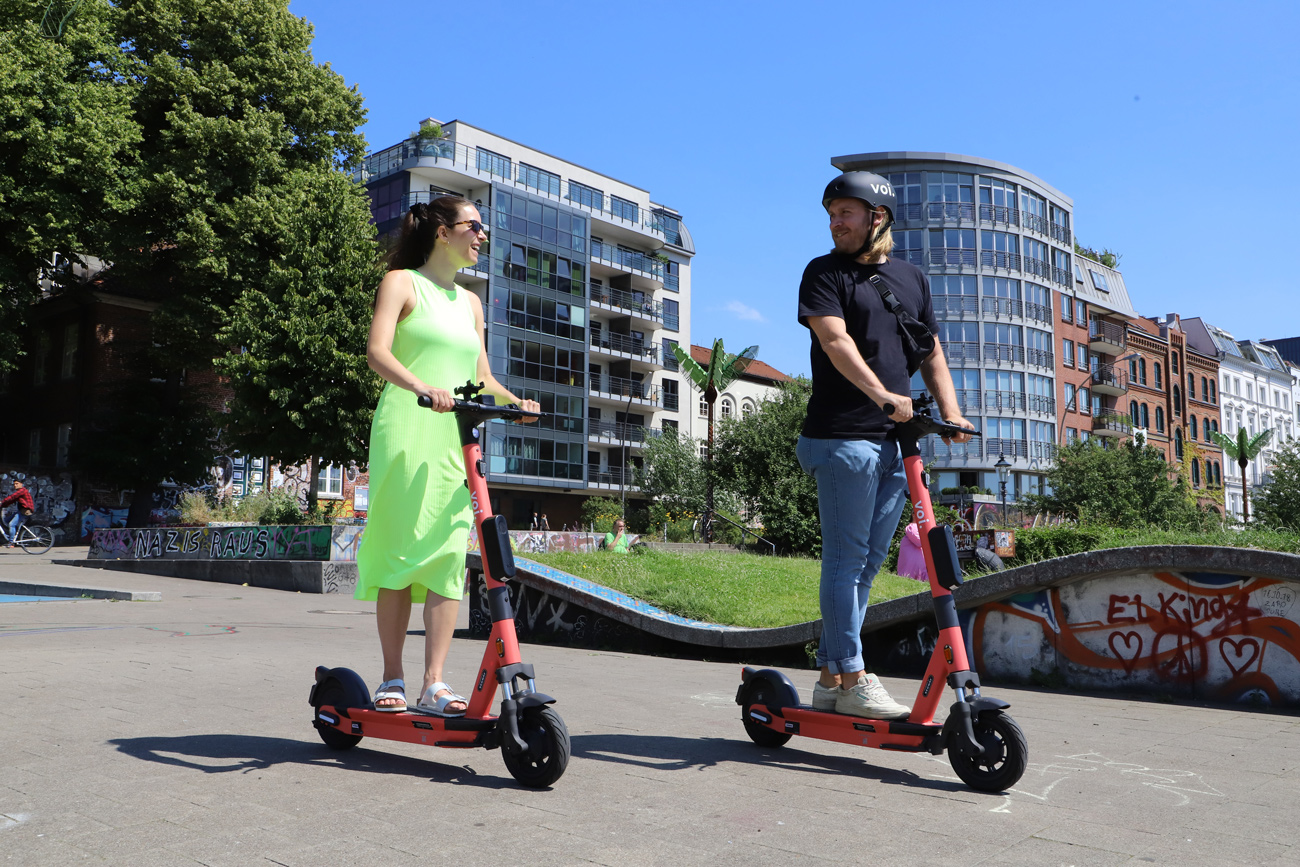 What rules are there for e-scooter riders?

As a taxi driver, you may be concerned about the safety of these e-scooter riders when out on the road. After all, a collision with one is likely to damage your vehicle and seriously injure the rider.

However, anyone wanting to use one of these rental e-scooters is subject to a number of requirements.

These rules do seem to be being enforced by the authorities. Earlier this year, the BBC reported on an Isle of Wight court case where an e-scooter rider who was caught drink-driving was banned from driving for two years and given a community order.

The implications for taxi drivers

It’s as yet unknown what effect the growth in popularity of e-scooters will have on the taxi industry as a whole, but there are a number of possible implications.

Perhaps the biggest implication would be if e-scooters end up replacing a significant number of short taxi rides. Research from ride hailing app Bolt found over 50% of customers surveyed said they would choose an e-scooter over a taxi for journeys up to five miles. If your taxi business is reliant on short but plentiful fares, this could be bad news.

However, how much this shift away from short car or taxi trips happens seems to vary across countries and areas. A survey by Lime of e-scooter use across Paris, Lyon and Marseille showed 8% of trips had replaced car or taxi trips. While a separate survey found 21% of its riders in Lisbon reported replacing a car or taxi trip with an e-scooter.

Meanwhile, information from the USA suggests a higher shift from cars and taxis to e-scooters. A survey by Portland Oregon’s Bureau of Transportation found that for the last e-scooter trip they made, 34% of respondents said they would have either driven their own car or hailed a taxi had e-scooters not been available.

But these are still very early days in the arrival of e-scooters on our roads. A recent parliamentary report highlighted that, in fact, e-scooters seem to be provoking a greater move away from public transport use, cycling and walking. Hardly a move to better eco-credentials for towns and cities running these trials!

A move towards e-scooters and away from cars could promote a reduction in road congestion and greenhouse gas emissions as well as an improvement in local air quality. However, this is as yet unproven.

Something which can be foreseen is that without significant changes to road infrastructure there is the potential for serious accidents between e-scooters and other road users. The life of a city taxi driver can be stressful enough without the worry of seriously injuring an e-scooter rider. 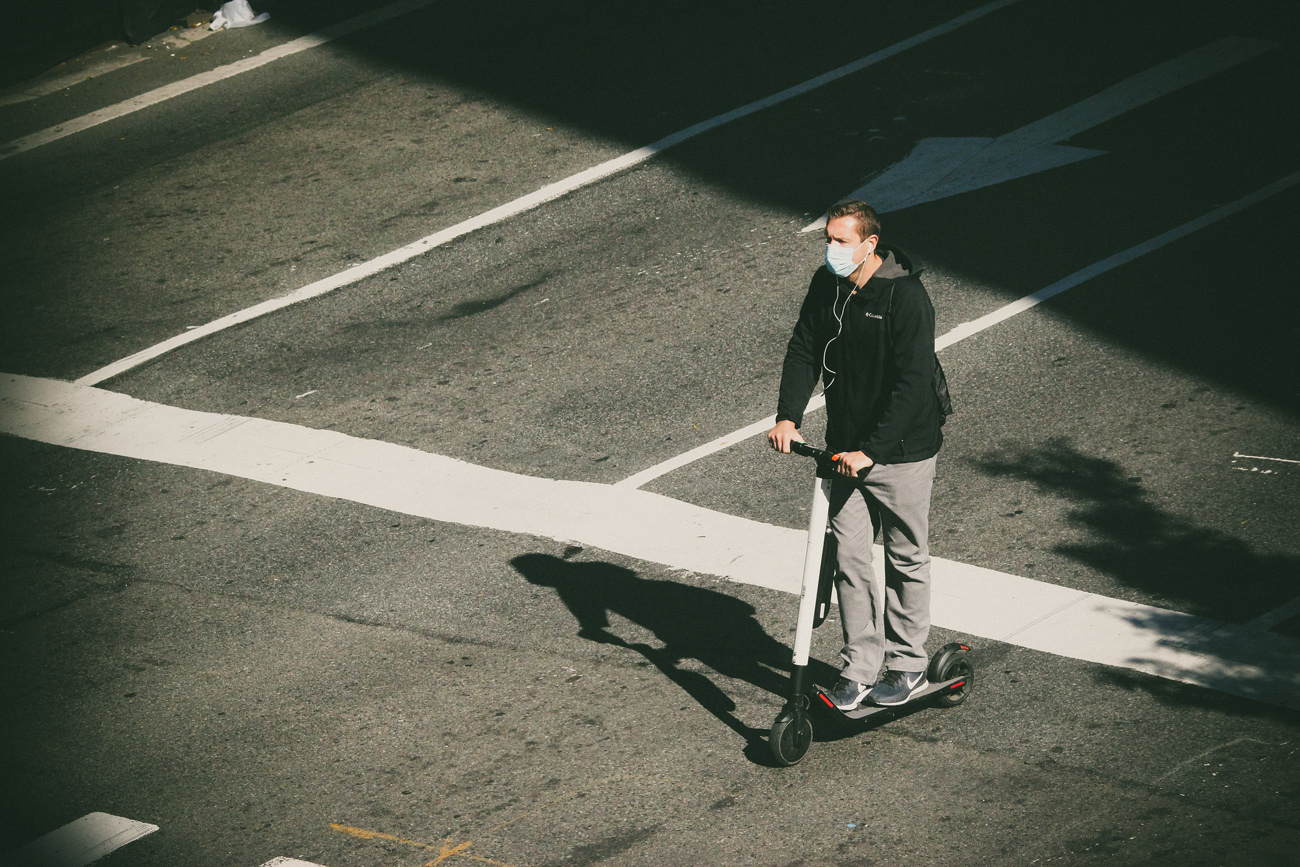 How dangerous are e-scooters?

Some e-scooters available to buy can reach speeds in excess of 30mph, although many are limited to 15.5mph. Even at this speed if an e-scooter rider crashes, or collides with another road user then damage and/or serious injury is likely to occur.

This is made all the more difficult by their relatively small size and almost silent running — it’s extremely difficult to see or hear them coming!

Indeed, in the US concerns have been raised about the number of deaths and hospital admissions resulting from e-scooter use.

However, even in the UK there have been serious injuries and even one high-profile e-scooter related death. Last year, Emily Hartridge, a television presenter and YouTube star, was riding an e-scooter when she died in an accident involving a lorry in south-west London. Not to mention all the near-misses taxi drivers are reporting every day on the UK’s roads.

Regardless of what the future holds in terms of e-scooters, as a taxi driver you’ll need to be on high alert when sharing the road with these vehicles. As well as having the right taxi fleet insurance in place, here are some quick tips to keep in mind:

Hopefully, these easy-to-remember tips will lead to safe road sharing with e-scooters.

If you do have an accident while you’re out on the road, you’ll be thankful that you have taxi fleet insurance.

Taxi fleet insurance from Taxi Insurer is available for fleets of three or more vehicles. Whether you have a fleet of black cabs, private hire vehicles, minibuses, or a mixture, it doesn’t matter. The specialist team at Taxi Insurer can help you find a policy to match all your vehicle needs for the right price.

With only one policy to remember to renew each year, you can put all your effort into making your taxi business a success.

Give our UK-based call centre a call and get a no-obligation taxi fleet insurance quote today.