Fancy yourself a people person? Enjoy a drive? Looking for a way to put that into a fulfilling job? Or maybe you’re already in the taxi driving business and looking to get yourself covered with a top notch taxi insurance policy.

Whether you’re already in the cab business or looking to open that driver’s door, there are many advantages to getting into the taxi trade.

And in the same way that all career paths come with their own challenges as well as benefits, cabbies see it all.

From dealing with all different kinds of people to dishing out advice and learning all about the local roads, becoming a taxi driver can offer a sense of freedom, the chance to become your own boss and the opportunity to meet a whole host of unique and interesting characters.

If you need further inspiration, we’ve delved deep into the online archives and found some experiences from real life taxi drivers whose choice of career has had an impact on their daily lives.

Whether humorous, life-changing or just plain strange, take a look at the five experiences we’ve uncovered….

1. It's all about who you meet

After being in the taxi driving trade for 18 years, Shelley has experienced all sorts of people.

From meandering cyclists with an aggressive streak to famous celebs and their pooches, she simply loves it, saying “I understand how things like Uber may affect many other drivers negatively but you have to look at the positive side of things. The job is fun, you get to meet the funniest people; you learn something new every day.”

Whilst Shelley points out the less than positive aspects of being a female taxi driver, such as the cyclist that screamed at her as she navigated the roads, she’s also quick to explain that there are lots of benefits in being a woman cabbie.

She says “I think some men feel a sense of relief when they get into my taxi. I literally had someone thank me for the nice journey and how happy he was that he didn’t have to talk about football and politics for once.”

When talking about any passengers of the more famous variety, Shelley states she once had Joss Stone in the back of her taxi with her new dog.

After explaining that the pup wasn’t “used to car journeys,” she apologised in advance if he got sick, which he did. When her friends later asked what she did, she said “I made her clean it up!” 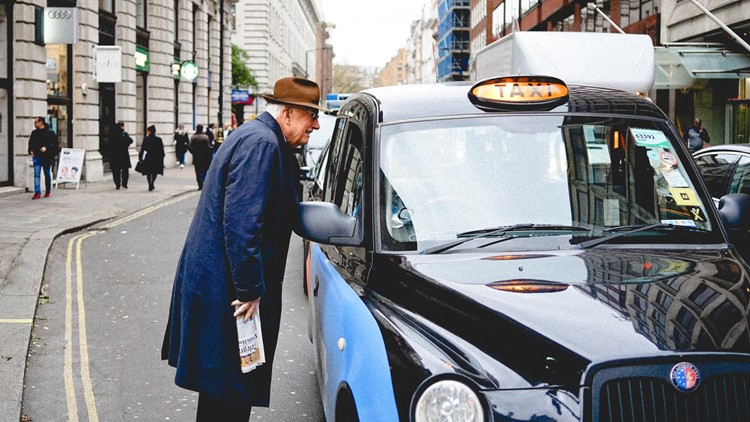 Whilst being a taxi driver offers up the chance to meet interesting people, due to its sedentary nature, it may not come as a surprise that it’s not always seen as the healthiest of careers.

But that doesn’t mean it can’t provide the opportunity for healthy living. Take it from father-of-four, and cabbie, Sean Moran, who decided that shortening his hours in the job could well be the key to a healthier life.

After experiencing a heart attack at the youthful age of 40 whilst driving his taxi, Sean’s first thoughts were “that he was going to die.”

But after taking the time to recover and consider a healthier alternative, he got back on his feet, saying he was “determined to change his life.” By becoming more active, eating healthily, and cutting back his working hours, he says: “I am fitter than I have ever been.”

As Sean puts it, “I was working long hours, usually about 70 hours a week. I was afraid to stop working for an hour because I thought I might miss out on a pound or two. You are sitting down all day. You often eat on the go – things like bacon and sausage rolls, just horrible food. And I wasn’t doing any exercise to burn it off.”

The key to a healthier way of life? Cutting down his hours.

Now back in the driving seat, he’s seriously cut down on his hours. “I’ve halved my hours and I’m not any worse off, because I’m spending less on diesel and on garage bills,” he says.

“I used to feel bad if I wasn’t working – now I feel bad if I’m not getting out and about outside my taxi. “When I’m working, I try to move more. I get out of the taxi and see if people want their bags putting in the boot, or I get out and talk to the other taxi drivers.”

3.From passengers to politics

Who knew being a minicab driver could also lead to internet fame? Cabbie, Mark McGowan, that’s who. In 2010, due to the amount of downtime spent in his car, Mark began to record videos on his iPhone, covering all sorts of topics from “short rants about politics to social and current affairs” before uploading them to YouTube.

Known to his fans as ChunkyMark, the Artist Taxi Driver, the humorous videos have since gained a substantial following - with “over 42,000 subscribers on the channel, and 40,000 Twitter followers.” And it’s not just Mark who stars in the “3,057 videos”.

Over time, he began conducting “back-of-the-cab interviews with campaigners and protesters against the government” together with three feature-length films made by Chunky Productions, which have been viewed more than a staggering 11.5m times.

Why the name “The Artist Taxi Driver?” As Mark explains, it all came about from a conversation outside the Frieze art fair in London.

He puts it “I went to Frieze, and couldn’t get in, and someone said: ‘Are you a taxi driver?’ I said, ‘no, I’m the artist taxi driver’ and that’s how it was born.”

As there’s no doubt that for Mark, his minicab is also his livelihood, it’s even more important to ensure protection by way of taxi insurance.

Some taxi drivers experience uniquely one-off moments with their passengers. For example, Brian Donahue, a taxi driver from Macclesfield, had one passenger in the final stages of her pregnancy who couldn’t quite make it from the back seat of his cab to the doctor’s surgery they were headed to.

After picking her up, he explains “she was doing the moaning of a woman in labour, but her boyfriend kept saying, "You've got an hour, you're all right."

But Brian knew better, saying, "You haven't, she's having a baby." So after parking round the back of the doctors' surgery, the doctor’s had to come out to the cab and by the time they got there, the baby had already arrived.

After his passenger was taken to the hospital, Brian “was left with the mess to clean up.” Though he states, “luckily most of it happened on a towel. It could have been much worse.

One previous taxi driver, Kent Nerburn, recounts the time he picked up an elderly woman, who wasn’t too sure where she was going.

For the duration of her two-hour journey, he indulged her in driving “through the city,” where she showed him the building she had once worked as an elevator operator and the neighbourhood where she and her husband had lived.

After dropping his passenger to her eventual destination, she asked how much for the fare, to which Kent responded “nothing,” and after offering a hug, the woman said "You gave an old woman a little moment of joy," she said. "Thank you."

After considering the fact that he could have “refused to take the run, or been in a foul mood and had refused to engage the woman in conversation, Kent explains “we are so conditioned to think that our lives revolve around great moments. But great moments often catch us unaware. When that woman hugged me and said that I had brought her a moment of joy, it was possible to believe that I had been placed on earth for the sole purpose of providing her with that last ride.”

So even though it may not be something that immediately springs to mind, being a taxi driver can come with many unexpected moments. It can also create moments of joy for the passengers. 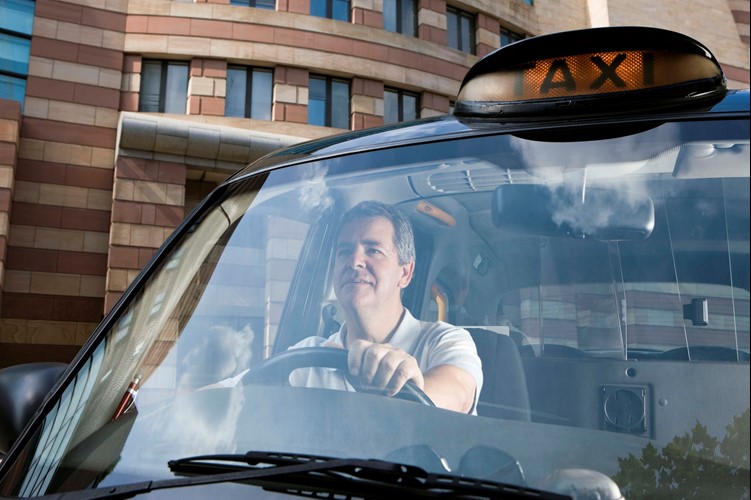 If you’re wondering how much cab drivers make, according to payscale.com, the average UK salary for taxi drivers comes in at £18,701.

But depending on where you’re at in your career - whether you’re at the very entry level, mid-career point or a much more experienced level - years of service can play a part in the amount.

What skills do taxi drivers need?

In conjunction with the skills mentioned above, and also according to careerswales.com, in order to become a taxi driver, you'll need the following:

Is taxi driving a good job?

Becoming a qualified taxi driver can come with a great deal of benefits, from hours of work to the joy of meeting people from all walks of life, and even the moments of quiet downtimes. But it’s a competitive business and for some, this is enough to put them off.

The idea of working as a taxi driver can also put people off, as it’s often assumed you work excruciatingly long hours for very little pay. But that’s not always the case. There’s work to be had and like with any customer service based career, if you get on well with your customers and form good relationships? They’ll book you again.

When it comes to working patterns, it’s likely you’ll have a choice, and whilst unsociable hours might be a turn off from taxi driving for some, for many people looking to get into the minicab trade, these types of hours are part and parcel of the deal.

And for busy times, such as Friday and Saturday evenings, you could end up earning a great deal more. Some cab drivers enjoy working the quieter daytime shifts, where a slower pace of life is more welcome, as you can earn money whilst still getting that important social interaction.

There’s also the self-employment route. From companies such as Uber where you’ll likely need a private hire licence to obtaining your own minibus for personal use, private or public hire, you'll need to make sure you get the right taxi insurance.

There are two types of insurance policies when it comes to looking at getting taxi insurance: policy holder only or named driver. The policyholder only is the cheapest form of cover - but the more names you add to it, the more costly it becomes. And if you end up with a fleet of taxi cars? You could also consider a Taxi Fleet Insurance.

From interest-free payment plans to low deposits and monthly payments available, look no further than our range of taxi insurance policies. Whether you’re looking to get into the taxi driving game, already have your own fleet or like the idea of being self-employed, get a quote and get ready to rock that road whilst also picking up some amazing experiences with your next passenger.